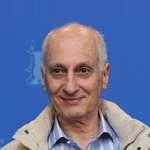 The council of the 25th Animafest Zagreb will honor French animation master Michel Ocelot with this year’s Lifetime Achievement Award at the festival’s official opening on June 9. The award is presented in recognition of Ocelot’s reputation as a “poet of animation and an explorer of the medium” who is “not only an inspiration, but also a role model to the new generation of animation artists.”

Born in 1943, Michel Ocelot is a writer, caricaturist, animator and animation director; a former president of the International Animated Film Association and a winner of the British Film Academy Award and Cesar Award. He has twice earned Animafest Zagreb’s best film award, in 1980 for The Three Inventors — his first animated film — and in 2007 for Azur and Asmar.

In 2009, Ocelot was the subject of a special presentation by Animafest Zagreb celebrating his distinctive use of silhouette animation. His best known works also include the feature films Kirikou and the Sorceress, Princes and Princesses and Kirikou and the Wild Beasts, while his notable short works include Four Wishes of a Villain and His Wife and The Legend of the Poor Hunchback. This year’s Animafest audience will get a chance to see his more recent works during the screenings, which run June 9-14.

You may also like...
Related Topics:Animafest Zagreb, Azur and Asmar, British Film Academy Award, César Award, Four Wishes of a Villain and His Wife, International Animated Film Association, Kirikou and The Sorceress, Kirikou and the Wild Beasts, Michel Ocelot, Princes and Princesses, The Legend of the Poor Hunchback, The Three Inventors