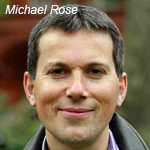 About seven years ago, Aardman veteran Michael Rose set up Magic Light Pictures, a London-based indie production company with Martin Pope. Rose, who produced the Oscar-nominated The Gruffalo (2009) and this year’s BAFTA-nominated The Gruffalo’s Child, is also one of the producers of the acclaimed feature Chico & Rita, which is one of the five titles nominated for an Oscar this year for Best Animated Feature. We recently caught up with him to find out about his latest animated adventures:

Animag: We have written about The Gruffalo at length in the magazine, but haven’t had a chance to cover the sequel, The Gruffalo’s Child. Can you tell us a bit about the production?

Michael Rose: The special was based on the sequel by Julia Donaldson and Axel Scheffler, which is about the Gruffalo’s daughter, who sets off in the woods to discover the big mad mouse. We produced the film, with the same team as the first one, animated at Studio Soi in Germany, who did an amazing job. It aired on The BBC in the U.K. over the Christmas holidays and got over 10 million viewers.

It was directed by Johannes Weiland and Uwe Heidschotter, two very talented young directors, and features the voices of Helena Bonham Carter, James Corden, Robbie Coltrane, Shirley Henderson, Tom Wilkinson and John Hurt. We’re in early discussions with a U.S. broadcaster to air it as well. 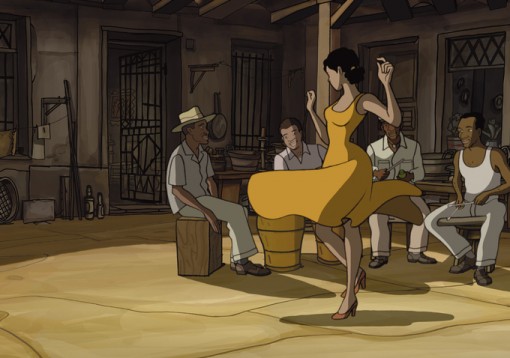 Animag: Congrats on all the global acclaim that your feature Chico & Rita has received this year. How did you get involved with that project?

My partner Martin Pope and I got involved as producers back in 2003. That’s when I was introduced to the work of Javier Mariscal, who is one of Spain’s greatest designers. He had an idea to work on an animated feature film with Fernando Trueba, the director of the Oscar-winning movie Belle Epoque. They were looking for an international partner and Javier had never worked on an animated project before, so that’s how Martin and I got involved. We started working together, and we were able to bring half of the money from outside of Spain.

We describe the movie as an animated love story for grown us. I used to work at Aardman and helped produce features such as Chicken Run and Curse of the Were-Rabbit. When I set up my own company in London, my goal was to produce indie animated movies for adult audiences. Sylvain Chomet’s The Triplets of Belleville was  released and opened up opportunities for similar adult fare. When we went around shopping Chico & Rita, everyone loved the pitch, but they thought it would be risky. It was easy to find people who loved what we were doing, but hard to get funding. However, we were fortunate to get funding by Isle of Man Film and CinemaNX.

The film took Mariscal’s natural graphic style as an artist, retaining those thick black lines and distinctive style and Mediterranean color palettes and turning that to animated characters that you could really believe and follow in 90 minutes through an emotional narrative. That’s why it took a number of years to find the right style and deliver the right kind of animation. The core of the creative work was done at Estudio Mariscal in Barcelona, closely supervised by Javier himself [using Toon Boom Harmony]. Overall, we had eight or nine 2D studios complete the animation work.

Were you surprised by the positive buzz the movie has generated all around the world?

Yes, I have to say we are both surprised and delighted. It took us close to eight year to make the film, and it was a labor of love for everyone. To have it recognized by the Academy and the European Movie Awards as been truly wonderful and beyond our dreams. We are walking on air. Chico & Rita was our second success after The Gruffalo, and it validates our belief in quality. 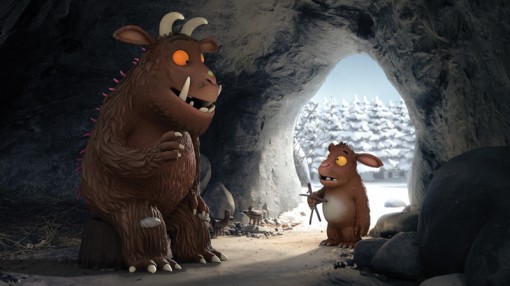 Can you tell us a bit about how you go about choosing your projects?

Martin and I have this small company. I’ve worked a lot of animation, but in features and shorts at Aardman, and Martin comes from live-action feature film production. What’s really important for us is the marriage between the right technique and story—finding the right approach that would serve the story best. Our next project is another half-hour animate film based on the book Room on the Broom by Julia Donaldson and Axel Scheffler. It will be airing on the BBC in the U.K. this Christmas. We’re very happy to be working with Max Lang, who directed the original Gruffalo special. It’s a comedy about a witch and her cat who give rides to the animals they meet along the way. The animation is handled by Studio Soi in Germany, using the same techniques they used on The Gruffalo. They create the CG animation based on model sets, which provides the film with a similar texture as model animation. I love the way it looks.

Do you have any helpful tips for creative people setting out to do top-quality animated projects the way you and Martin do?

I think producing films or TV is always difficult any time. My belief is that if you focus on quality, you’ll find a way to make it. I’ve always been optimistic about the business. I believe that if the material is good, you’ll find the right way to do it. You’ve got to have a fundamental belief in quality. Just like at the variety of animated films that we saw in 2011. There were so many good projects that weren’t even nominated. It’s exciting to see all these wonderful movies that used so many different styles and techniques to tell good stories. 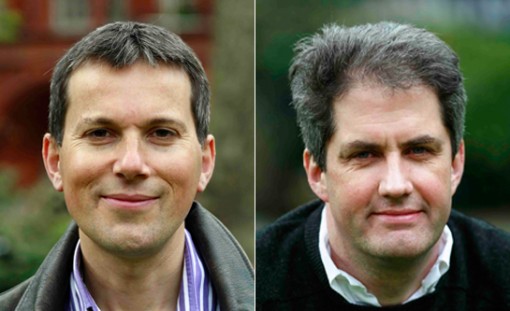