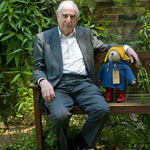 English author Michael Bond, creator of the globally beloved series of Paddington Bear adventures, died June 27 at his home in London not far from Paddington Station. His passing was announced by Bond’s publisher, HarperCollins, which stated he had suffered a short, unspecified illness. He was 91 years old.

Inspired by a “forlorn” looking toy bear Bond spotted through a shop window and decided to take home, A Bear Called Paddington was published in 1958. The tale of a small brown bear from “darkest Peru” wearing a distinctive blue duffel coat who is taken in by a kindly family grew over the decades to over two dozen books, selling 35 million copies and translated into at least 40 languages. Bond’s last book, Paddington’s Finest Hour, was released earlier this month.

In 1975, the little bear made his first animated appearance as a stop-motion puppet in BBC’s Paddington, produced by Bond and FilmFair — the series reran in the US on several networks from the ‘70s to ‘90s. In 1989, Hanna-Barbera and Central Independent Television released Paddington Bear as part of The Funtastic World of Hanna-Barbera — the 13-episode series featured the voices of Charlie Adler and Tim Curry. Cinar Films later produced The Adventures of Paddington Bear, a traditionally animated series which ran from 1997 to 2000.

More recently, Paddington got a 21st century makeover as the CG star of StudioCanal’s box-office hit Paddington (2007), directed by Paul King. Paddington 2 is being released in the UK this November, and a third film has been confirmed.

Born Thomas Michael Bond in Newbury, Berkshire, on January 13, 1926, Bond’s family later moved to Reading where the young Michael attended Presentation College until he dropped out at age 14. Bond served in both the Royal Air Force and the British Army during World War II.

Memories of the child evacuees coming through Reading from Blitz-torn London during the war also partly inspired Paddington Bear’s character, as Bond told The Guardian in 2014: “They all had a label round their neck with their name and address on and a little case or package containing all their treasured possessions … So Paddington, in a sense, was a refugee, and I do think there’s no sadder sight than refugees.”

Bond sold his first short story in 1945, and made a very modest living off stories and radio plays for the next decade. After the war, he began working for the BBC, and stayed on until 1965, by which point six Paddington books had been published.

In 1968, Bond created the stop-motion TV series The Herbs (also with FilmFair), featuring Dill the Dog, Sage the Owl and Parsley the Lion, who got his own spinoff. He also wrote the children’s book series Olga da Polga — about a guinea pig and her mouse friend Thursday — and a series of books for adults following a culinary detective named Monsieur Pamplemousse and his dog, Pommes Frites.

Bond was made an officer of the Order of the British Empire in 1997 and then a commander of the Order in 2015, for services to children’s literature. He was married to Brenda Mary Johnson from 1950 to 1981, though they separated in the 1970s. After his divorce, Bond married Susan Marfrey Rogers. The author is survived by Susan, his daughter Karen Jankel, son Anthony and three grandchildren. 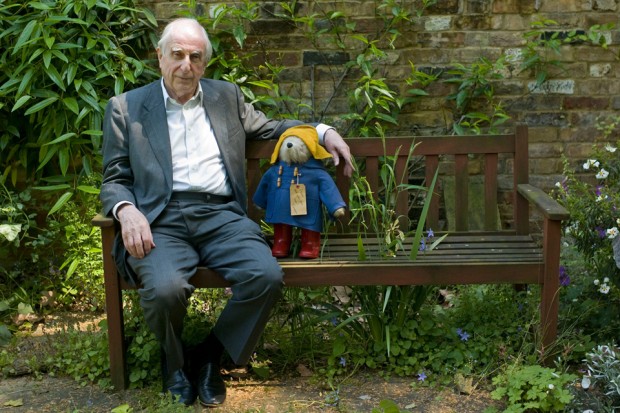