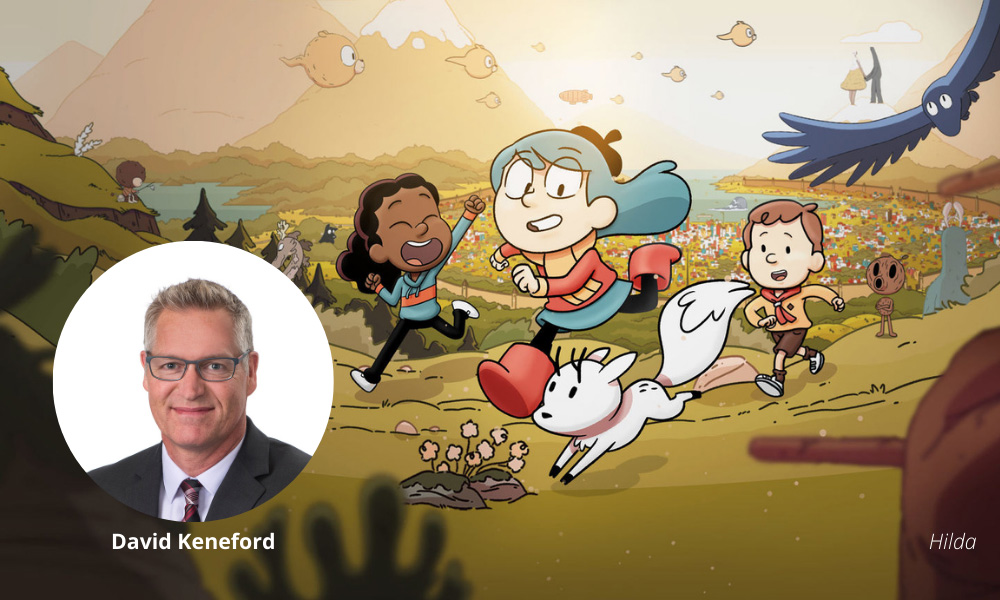 Mercury Filmworks, Canada’s premier animation studio, has appointed its first Chief Talent Officer, David Keneford, to build a high-performance talent management infrastructure that engages with talent at all levels. Keneford will report to Mercury Filmworks Founder and CEO Clint Eland, who made the announcement Tuesday.

Keneford will focus on talent acquisition, onboarding, talent management and learning and development, while also continuing to develop the unique culture that distinguishes Mercury Filmworks from other animation production studios as it continues to expand its creative and technical teams. The company will be actively recruiting talent during the Ottawa Int’l Animation Festival in September.

“Our employees are our most important asset. Their teamwork, work ethic, organization and their drive to be better tomorrow than they were today all contribute to our unique and inspiring work environment,” commented Eland. “As we continue to grow our service work as well as our own IP, we welcome David, a progressive human resources leader, to our team. He will spearhead efforts to recruit the best talent not only from Ottawa, but from around the world, and build a best-in-class talent management infrastructure that invests in the careers of our artists and technologists and supports them in building meaningful and satisfying careers with the company.”

Keneford’s immediate priority is to lead Mercury Filmworks efforts recruiting for a variety of roles. Over the next couple of months, the studio is looking to hire approximately 30 people, from junior to senior positions, including Line Producer, Art Director, Senior Character Designers, Senior Layout Artists, Senior Location Designers, Senior FX Designers, Animators and FX Artists. He will also lead Mercury Filmworks’ recruitment efforts at this year’s OIAF in September, where the studio is sponsoring the Pitch THIS! Competition, and at multiple industry events in 2022, including TAAFI. Keneford will also helm Mercury Filmworks one-on-one relationship building and partnerships with animation colleges, offering internships co-ops, and sponsoring scholarships and awards.

“We aim to identify people who have the talent, vision and desire to make an impact on our industry, and a desire to join in the comradery among our existing team,” commented Keneford. “Ottawa offers a wealth of opportunities for creative talent, and the upcoming OIAF is a great opportunity to broaden our reach and help us get in front of thousands of potential new hires.”

Mercury Filmworks is currently in development several new IPs, including:

The studio is also currently working on several work-for-hire projects for Disney and Netflix. Most recently, Hilda, developed and produced with Silvergate Media and Netflix, was nominated for five Daytime Emmy Awards, winning two: Outstanding Children’s Animated Series and Outstanding Editing for a Daytime Animated Program.