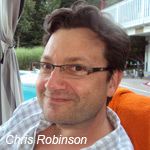 Longtime Ottawa Animation Festival director Chris Robinson tells us about how he and his team put together a world-class, kick-ass toon event.

Anyone who has attended Ottawa’s wonderful animation festival since 1976 will tell you that it’s one of the best global events of its kind. It’s not just the charming setting, the parties, the laid-back vibe or the quality of its programs. The whole experience makes you remember why you love the art and people of the animation world so much.

One of the key reasons the festival has been able to maintain its high standards is all the hard work director Chris Robinson and his team put into the programs year after year. Robinson first began his association with the festival about 20 years ago when he was a film student at the Ottawa University and found himself in charge of coordinating the submissions and the selection committees.

“This required me to sit in with the committee while they watched the submissions,” he recalls. “It was at that point that I probably really saw that animation was much more than Bugs Bunny. In hindsight, it was also at that point that my loathing of selection committees took root!”

Robinson says the people in animation were the reason he was immediately drawn to the festival.

“I felt immediately welcomed into the community. They were very down to earth, modest and screwed up like the rest of us. I think I stayed in animation, because of the people—which is ironic because most people think I’m a misanthrope!”

Likening the process to putting together a puzzle with infinite possibilities, Robinson says he really enjoys programming the competition.

“I spend a lot of time trying to get the right rhythms, moods and tones, and try to make something that has a flow to it or even at times an anti-flow. How you program a film can really dictate the audience and juries’ reaction to it. It’s inescapable.” 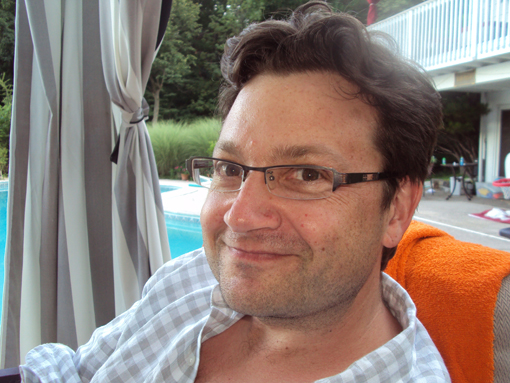 Of course, being the festival director means you have to make some tough choices. This year, for example, the festival received about 2,000 projects, with only about a hundred spots.

“You have to be very cold and mean,” says Robinson. “It’s very tough to get into Ottawa, more so than any other animation festival. We just refuse to expand the competition programs. But I’ve been doing it so long now that I’m a bit immune to things being tough!”

When asked to recall some of the highlights, Robinson picks a moment during the awards ceremony of 2004, during which enthusiastic student winner Lev Polyakov screamed, jumped out of his seat and roared towards the stage after learning that he’d won a prize.

“Suddenly I saw this raving, delirious, and overjoyed maniac running along the stage towards me, which was like watching a bull coming at you,” recalls the director. “I’ve never seen an animator react like that at any animation festival. I just felt such a thrill, a sense of pride that we had touched someone’s life so deeply.”

When asked to share a few of the highlights of the 2011 edition, Robinson says they don’t happen until the actual event takes place.

“The real highlights of the festival are created during the moments…some amazing moment, say, during a John Canemaker or Koji Yamamura presentation… an audience member having an epiphany during a retrospective screening of Gil Alkabetz or while watching a competition screening. Maybe a Disney or Pixar presentation stimulates an aspiring young animator. In a sense, it’s the people (artists and attendees) who make the highlights.” 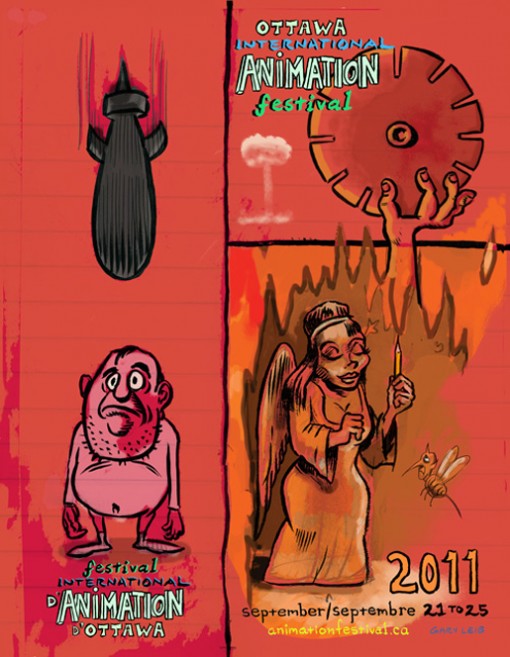 For example, a few years ago, Robinson had programmed a retrospective of Canadian animator John Straiton. During the screening, the film projector broke down, and there was a slight delay. That’s when Straiton, who is in his 80s, pulled out files of hand-drawings from his films and shared them with the audience. Robinson says people who were in attendance never forgot that night.

“It became something very intimate and memorable,” he notes. “And it was all by accident!”

Robinson also loves the fact that he gets to spotlight the work of many of his favorite animators, people like Koji Yamamura, Andreas Hykade and Theodore Ushev.

“In general, I respect all independent animators,” he says. “They stick to their guns and visions. They don’t kowtow to audiences or money. I have enormous respect for guys like Don Hertzfeldt, Bill Plympton, Pat Smith, Signe Baumane…all those people who have given themselves to animation—not just to their films but to promote indie animation and other animators in general.” Which is exactly what Robinson himself has done year after year at the festival.

For a complete look at this year’s Ottawa International Animation Festival, visit www.aimationfestival.ca.