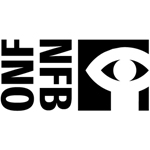 The National Film Board of Canada has named Roddy McManus as the new executive producer of its Oscar-winning English-language animation studio.

McManus has been producing animation for the Canadian and international markets, in both English and French, for 20 years. Most recently, he was executive producer at POP6 from 1999 to the present, leading a team of artists and producers in developing content, securing and managing production financing, and liaising with funding agencies and partners.

“Roddy and the NFB share a passion for exploring new possibilities in animation and reaching new audiences: something that’s especially important as our digital platforms bring NFB productions to Canadians and people around the world, as never before,” said Cindy Witten, director general of NFB English Program.

While at POP6, McManus worked to find new ways for the studio to develop and produce more auteur-driven and innovative projects. His most recent credits include: producer on Transgression, a Spain/Italy/Canada feature co-production; co-producer of Ultramarines: A Warhammer 40,000 Movie, a U.K./Canada animated feature; executive producer, writer and story editor on Zooville, a mixed media/animated series for the web, the iPhone and television; and executive producer and story editor on the animated series Inuk.

His previous positions include producer/director at Jazz Media Network (1997–1999) and Behaviour Entertainment (1996–1997), director of production at Discreet Logic (1994–1996), and producer for special projects at Softimage (1992–1996). From 1986 to 1989, McManus was responsible for marketing animation, children’s programming and documentaries at the NFB, and he describes those years as having been instrumental in his decision to become an animation producer.

“I want to thank David for his years of dedication and for producing some of our most exquisite work,” said Witten.