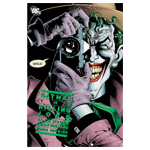 DC animated universe regulars Mark Hamill and Kevin Conroy will be reprising their roles as the voices of The Joker and Batman for Warner Bros. Animation’s Batman: The Killing Joke. The casting was confirmed by Comic Book Resources, which also reports that Conroy and Hamill will be joined by Tara Strong as Barbara Gordon/Batgirl and Ray Wise as Commissioner Gordon.

No release date has been given for the comic-book adaptation, but Warner Bros. Home Entertainment will be hosting a world premiere screening of The Killing Joke at Comic-Con International in San Diego this summer.

Written by Alan Moore (Watchmen, V for Vendetta) and illustrated by Brian Bolland, “The Killing Joke” comic-book story is considered one of the most iconic, acclaimed Joker tales to ever appear on the page. It is also considered one of the most violent due to the brutality inflicted on the character Barbara Gordon, which has lead fandom reporters to speculate that the animation may carry an R rating.

“The chance to work once again with Kevin Conroy, my favorite Batman, in what some consider the definitive origin of this iconic villain is a dream come true for me,” Hamill told CBR. “I am beyond thrilled to return as the Joker in The Killing Joke!”

Hamill first voiced the Joker in Bruce Timm’s 1990s Batman: The Animated Series and has reprised the character a number of times.

Conroy also debuted as the Dark Knight in B:TAS and has played the character pretty regularly in home video movies and other DC Universe cartoons and videogames. Tara Strong first voiced Barbara Gordon in The New Adventures of Batman (1997) and has also taken a few turns as the voice of Harley Quinn. Ray Wise is best known for his live-action work in Twin Peaks, Agent Carter and Mad Men — though he did voice Perry White for DC and WBA’s Superman: Doomsday. 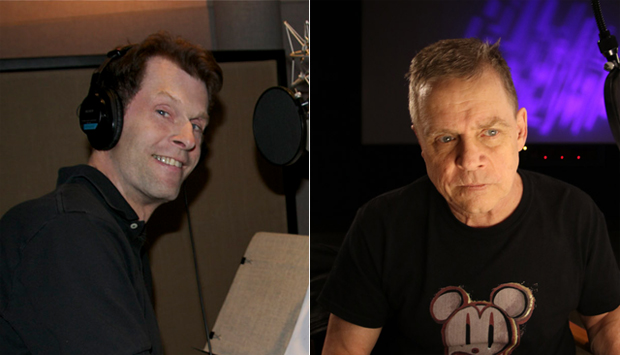