Kevin Geiger, president and CEO of Magic Dumpling Entertainment, has accepted as position as a resident foreign consultant to the China 3D Film & Television Association, an organization commissioned with setting standards for stereoscopic production and exhibition by China’s State Administration of Radio, Film & Television (SARFT).

“I am honored to play a role in shaping the quality of the world’s second-largest and fastest-growing stereoscopic market,” Geiger said in a statement about his recent appointment. “Access to the Association’s 4k DLP stereo screening room and the world-class Tianjin high-speed render farm, combined with the story value of our properties such as Tofu Boy, will provide Chinese entertainment experiences of international technical and creative quality. It’s an exciting time to be in China, as China takes its place on the world stage.” 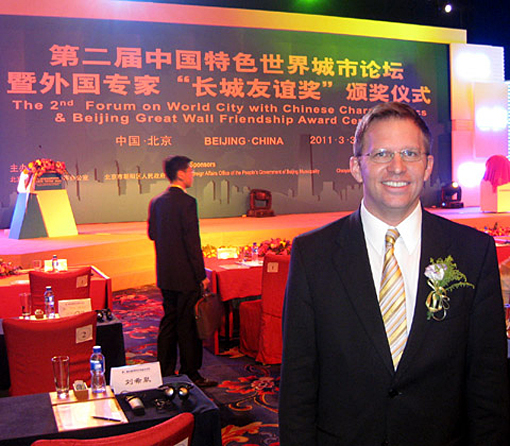