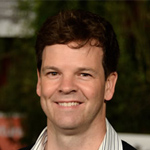 It’s hard to believe that Cartoon Network’s popular MAD series will hit the big 100th episode mark this week. The Emmy and Annie Award-nominated series will premiere a special double-sized show (Nov. 11 at 8:30 p.m.) featuring a special Man of Steel parody, showcasing the voices of Weird Al Yankovic and Henry Winkler as Superman and his father, Jor-El, and a musical sketch inspired by the shenanigans of popular boy band One Direction. We caught up with show producer and head writer Kevin Shinick to find out a bit more about this milestone episode and the workings of the popular comedy series

Animag: First of all, congrats on hitting this landmark 100th episode. Can you tell us a bit about how the origins of the show?
Kevin Shinick: Well, about four years ago, I was working on Robot Chicken. Two things were in the works: Adult Swim was looking for a show that was like Robot Chicken, but less obscene, so that it would be suitable for primetime. Then, at the same time, the live-action sketch show Mad TV had ended its run on Fox, and we thought that it was shame not to have something about Mad Magazine on the air. Since I came from Robot Chicken, it was a perfect match. I was such a huge fan of Mad Magazine growing up. I even sang one of the goofy songs that came on a floppy disc with the magazine in the old days. It’s amazing how much you can remember when something has a huge impact on you growing up.

Animag: You have had some clever mash-ups and spoofs throughout your four season on the air: So You Think You Can Train Your Dragon How to Dance, Konan the Kardashian, ThunderLOLCats, Ben 10 Franklin, the names alone are hilarious. Can you tell us about your favorites?
Well, they are really all my kinds. There are so many of them throughout our four season, about 200 sketches. I wrote the song for the Superfriends sketch, That’s What Superfriends Are For, which is a parody about how they’re friends in name only—they don’t help you when you have to move or drove you to the airport. I also loved Thomas the Unstoppable Tank Engine. Chris Cox does a dead-on impression of Denzel Washington. I wrote that one for him. Ralph Garman did a great Al Pacino for Al Pacino and the Chipmunks. I also like our take on the Spider-Man musical, which was called Smallville: Turn Off the Clock. I also really enjoy doing our Star Trek and Star Wars parodies. It really means a lot when people who work at Mad magazine tell us that they loved one of our sketches, because I’ve idolized these people.

How closely do you work with the team at MAD magazine?
The team at the magazine has been very supportive from the beginning. We set out to capture the same tone of the magazine for the TV audience and nothing gives us more pleasure when we have legends like Sergio Aragones draw for us. He comes in once a month and gives us a hand-drawn work. We stay in touch so we don’t step on each other’s ties. Tom Richmond is the Mort Drucker of our time. We use Don Martin’s and Al Jaffe’s styles too. We have about 15 amazing animators in hour and half a dozen animation companies that we outsource the material to, and it’s all done in North America. That’s the reason we can do this show so fast and stay topical. It’s all very fast and furious and it helps that we work with studios that can turn things around so quickly. We don’t have to send it overseas.

Of course, you incorporate a wide variety of animation styles and techniques too.
We treat every episode like a mini-production, we use CGI, stop-motion, live-action puppets, Photoshop—we like to think of the show as a love letter to animation, that’s why we cram a lot of jokes and styles. If I see something out there that looks unique and we haven’t seen before, I want it on MAD. In house, at Warner Bros., we have about 15 animators, and we have three writer and several liners, overall, we have about 22 people. Considering our input, we really don’t have a big crew. We’re constantly working. That’s why we haven’t had a real vacation since November of 2009.

We hear you also have some celebrity fans of the show.
We heard that Howard Stern is a fan. Also, during the Django Unchained junket, Quentin Tarantino said that the only thing he watches on TV is MAD. That blew my mind and made me very happy.

Who would you say is the show’s target audience?
Officially, it’s made for kids between 8 and 15, but we really want the whole family to watch the show and enjoy it together. We love to make ourselves laugh. If something is funny for us, we work hard to put it out there quickly. We’ve met the challenge continuously for four seasons thanks to our tireless animation staff.

How do you come up with the subjects for your parodies?
Frankly, if there’s anything on TV that’s popular, we’ve parodied it. A lot of times, kids laugh at things that they don’t even know are parodies. If the jokes are funny, they’ll enjoy it. Adults get the parody aspects, while the kids are just laughing at what strikes them as funny.

How do you decide what kind of animation to use?
It’s usually a case-by-case basis. Sometimes a joke is funnier in a certain medium, something may be extra funny if it’s in stop motion, some jokes won’t work if you need a caricature. Bunko Studios does great CG animation. We go for whatever medium works best for the subject matter. I have a white board in the office and we have done every mash-up possible. We think of titles that would be funny, for example, Dark Knight at the Museum. If someone walks by, takes a look at the board and laughs out loud at the name of the spoof, you know that you have to make it. Then, there’s the big legal obstacle course. A big part of the job is to explain why it works as a parody. One great thing about being at Warner Bros. is that they have excellent lawyers.

So what is the big lesson that you’ve learned after working on the show for over four years?
I’m so proud of the fact that we’re looking at our 100th episode now. This is the little show that shouldn’t have existed. Once I write something, I’ll record every line of dialog myself so that the team can immediately start animating. Then we bring the talent in. Let’s see…what have I learned? Well, people used to say there’s no way we could make this show at this pace, with this schedule? Next time, I’m going to work vacation days into my contact. But seriously, never believe when they tell you something can’t be done. 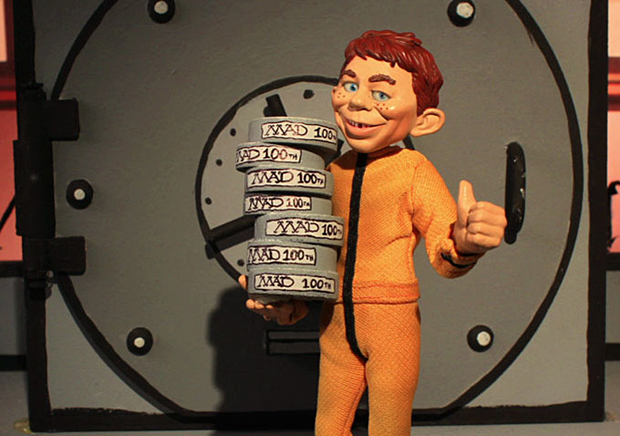