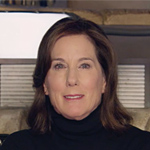 The Art Directors Guild has announced that eight-time Oscar-nominated filmmaker and President of Lucasfilm Kathleen Kennedy will receive the 2018 Cinematic Imagery Award at the 22nd Annual ADG Excellence in Production Design Awards. The ceremony is scheduled for January 27, 2018 at the Ray Dolby Ballroom at Hollywood and Highland.

Said ADG President Nelson Coates: “We are thrilled to recognize the amazing contributions Kathleen Kennedy has made to narrative design for more than three decades, while so beautifully creating a cinematic legacy as represented by some of the most successful movies of our time. Ms. Kennedy is truly a significant role model. Her creative legacy and professional journey is an inspirational example to all young artists who are in search of a meaningful career in the entertainment industry. Through her perseverance, talent and leadership, she has become an icon elevating the art of production design. She continues to raise the bar for all visual storytellers.”

One of the film industry’s most successful and respected producers and executives, Kennedy currently oversees Lucasfilm, Industrial Light & Magic and Skywalker Sound. She is also the producer for blockbuster Star Wars films The Force Awakens (2015) — which set a domestic box office record with its $248M opening, Rogue One (2016), The Last Jedi (Dec. 15) and Solo (2018), as well as the latest Indiana Jones installment (2019).

Kennedy has produced or executive produced more than 70 feature films, which have collectively garnered 120 Oscar nominations and 25 wins. On the animation side, she shepherded Disney’s English language adaptations of Studio Ghibli titles like Ponyo and The Secret World of Arrietty, and worked with Steven Spielberg on the technologically ambitious The Adventures of Tintin. She has also collaborated with the likes of George Lucas, JJ Abrams, Rian Johnson, Ron Howard, Robert Zemeckis, Marjane Satrapi and M. Night Shyamalan. Kennedy’s further credits include Who Framed Roger Rabbit, Poltergeist, Lincoln and The Curious Case of Benjamin Button.

Prior to joining Lucasfilm in 2012, Kennedy headed The Kennedy/Marshall Company, which she founded in 1992 with director/producer Frank Marshall. In 1982, she co-founded Amblin Entertainment with Marshall and Spielberg. 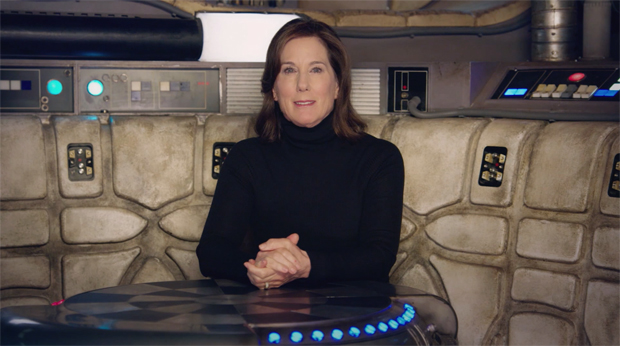