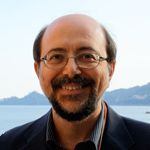 Italian pubcaster RAI has announced that head of animation production Luca Milano has been newly appointed as the Executive Deputy Director of RAI Fiction, the department in charge of the company’s TV drama and animation productions. In his new role, Milano will oversee the areas of marketing, planning and animation while maintaining his duties as Head of Animation, a position which he has held since 2006.

Milano began working for RAI over a decade ago, in the areas of Cinema and TV Fiction production, as manager of Business Affairs of RAI Cinemafiction and then as Head of Marketing and Development of RAI Fiction. Before joining the broadcaster, Milano worked as a foreign affairs journalist, then as a Unicef information officer in Geneva and Abidjan and as manager of an Italian consulting and engineering company.