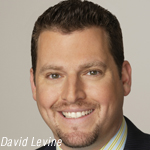 In his new role, Levine will guide Disney XD’s program planning and scheduling and will work with the programming team to identify acquisition and co-production opportunities. He will broaden his operational scope to include strategic direction for the multiplatform Disney XD brand and 24-hour, ad supported channel in the U.S. He will also support the Disney XD channels around the world in original content development and programming acquisition strategy.

Levine most recently was VP of worldwide programming strategy, acquisitions and co-productions for Disney Channels Worldwide. He led the task force to launch Disney XD channel in the U.S. and guided its roll out worldwide.

Before joining Disney, Levine was VP of business affairs and development at Ragdoll USA, where he oversaw all legal matters and North American television sales. Previously, he was general counsel to The itsy bitsy Entertainment Company, and he got his start in the industry working for Marvel Entertainment Group overseeing legal compliance of its licensees and working on a variety of intellectual property matters.

He is a member of the New York State Bar, and is a law graduate from George Washington University. He received an undergraduate degree from CUNY-Queens College and resides in Los Angeles.

In the U.S., Disney XD marked its two year anniversary in February and has delivered eighth consecutive quarters of ratings growth on television. Disney XD is available via 21 channels, in 18 languages in 120 countries/territories worldwide.