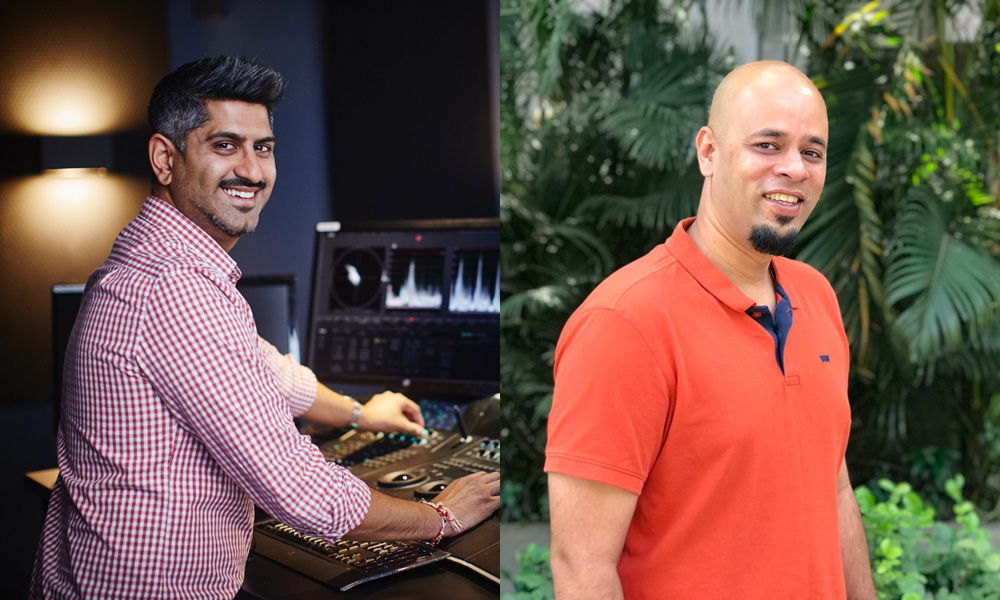 Legend 3D welcomes two multiple award-winning creatives to key positions in its global organization, with the addition of Meetal Gokul as Director of Post Production and Senior Colorist in its Hollywood facility, and Jay Mehta as VFX Supervisor at its Pune, India studio. That announcement was made by CEO Aidan Foley. Gokul will work closely with Legend’s Office of Operations heads Jeff Shapiro (Production) and Jeremy Nicolaides (Creative). Mehta will report in to Los Angeles-based Creative Director Simon Kern and its executive management team.

“Meetal and Jay add so much value to the Legend organization, and, more importantly, to our clients,” said Foley. “Their experience in all facets of visual effects and post production will enable an enhanced menu of services for the studios and brands with whom we have the privilege of working. As a result, Legend will now offer both Color Grading and Digital Intermediates (DI) in addition to our expanding menu of VFX and 3D conversion work.”

An internationally renowned colorist and stereographer, Meetal Gokul bring an enormous wealth of knowledge and experience to the Legend team from his work in London, Mumbai, Cardiff, Wellington, Toronto and Los Angeles at such studio facilities as Park Road Post Production, Futureworks, Dragon DI, Stereo D/Deluxe and Southbay Motion Picture Technologies, and software/hardware creators Quantel. He’s worked with Academy Award-winning director Peter Jackson on his Hobbit trilogy, serving as Head of Stereography and a key member of the team that won the prestigious Advanced Imaging Society Award for creating the world’s first 4K, HFR 3D workflow. He also worked closely with Jackson and Steven Spielberg on The Adventures of Tintin 3D, as well as with Andrew Adamson and James Cameron on Cirque du Soleil, World Away 3D.

In addition to Hollywood blockbusters, Gokul has teamed with several international directors including Goldie Behl on Drona, India’s first 4K VFX action film; with Andrew Jones on his BAFTA Award-winning independent film The Feral Generation; and Taika Waititi on Boy and What We Do in the Shadows. Most recently, Gokul teamed up with Andrew Young, a Giant Screen IMAX filmmaker, to create visually stunning color for the multi award-winning (including Best Cinematography and VFX) film Backyard Wilderness.

Jay Mehta has served as a member of VFX teams which have earned an Academy Award (Life of Pi) and an Academy Award nomination (Snow White and the Huntsman) in the same year (2013); as well as a BAFTA Award and an Academy Award (The Golden Compass) in the same year (2008). He joins Legend following a five-year tenure at Base FX in Beijing, China, most recently as VFX Supervisor on such theatrical films as Aquaman, The Great Wall and Equals, the television series Agent Carter (nominated for a Visual Effects Society Award for Outstanding Supporting Visual Effects in a Photoreal Episode) and Black Sails, and the Stereo 4K theme park ride Streets of Fury.

Previously, Mehta spent over seven years at the groundbreaking VFX shop Rhythm & Hues, Mumbai, starting as a paint and roto artist, later moving to compositing and other leadership roles. There he amassed credits working on such films as Life of Pi, Snow White and the Huntsman, The Golden Compass, Evan Almighty, The Mummy: Tomb of the Dragon Emperor, Land of the Lost, The Incredible Hulk, Alvin and the Chipmunks: Chipwrecked, Mr. Popper’s Penguins and Big Miracle. In addition to managing the creative aspects, Mehta has demonstrated equal strength in pre-production management, crew planning, bidding on prospective projects, and working directly with the directors and client-side VFX supervisor.