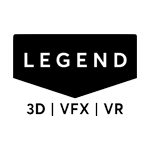 Leading 3D conversion, VFX and VR studio Legend 3D has brought onboard several new hires to its executive leadership team as the company strengthens its resources and looks to expand its global footprint. Legend 3D has been key to creating visual spectacles for blockbusters such as Pirates of the Caribbean: Dead Men Tell No Tales, King Arthur: Legend of the Sword, Ben-Hur and Ghostbusters.

“These key roles reflect Legend’s ongoing commitment to provide clients with the most experienced and accomplished professionals in our business,” said CEO Aidan Foley. “As an industry leader, Legend takes serious our obligation to engage world class talent in all facets of our operations. We’re very pleased to welcome these respected and skilled new members to the Legend family.”

Building out the team under the leadership of Foley, who joined the company in December, are eight experienced digital entertainment veterans:

Scott Willman, Chief Information Officer – Willman has played pivotal roles for both major film studios and tech companies, with experience ranging from oversight of a department of 50+ artists, production staff, and software engineers and completely redesigning and building a 3D film conversion pipeline at two major VFX studios. He has personally supervised 3D output on 15 major theatrical films and has served as the sole 3D supervisor on films for 20th Century Fox, Lionsgate and New Regency Enterprises. In 2013, Scott founded Dimension X with production partner (and wife) Heather Willman, to provide a full range of 3D services directly to studio production teams and VFX companies including full creative supervision, production management and editorial support. Under his direction, the company has developed extensive automation and proprietary techniques for post-processing natively captured stereo images — seen on such films as The Martian, Exodus: Gods and Kings, Dawn of the Planet of the Apes, and the X-Men franchise.

Prasanna Kodipadi, Vice President, International Operations – A respected and experienced veteran of motion picture production services, Kodipadi joins Legend from Stereo D, where, over the past five years he served as Creative Outsource Supervisor, as well as a Compositor. In addition to helping Legend expand its presence beyond North America to support an increasing list of projects, he will also be managing all third party vendors the company engages.

Chris McClintock, Senior Producer – With 15 years’ experience in on-set production, post-production, animation, VFX and virtual reality, McClintock has worked on blockbuster hits such as Marvel’s Captain America: The Winter Soldier and Guardians of the Galaxy. Leveraging an understanding of emerging film technologies, he helped build stereoscopic workflows at companies including Stereo D, and as a producer at Prime Focus World, where he led the high- quality stereo conversion of Men in Black 3, Green Lantern and Star Wars Episode I: The Phantom Menace. He also contributed to the studio’s VFX production work on Avatar.

Lisa Sepp-Wilson, Head of VFX Production – Toronto – Sepp-Wilson’s extensive VFX background includes over 20 years of on-set production, post production and animation in both Vancouver and Toronto, two Gemini and Leo Award wins and several Emmy and Visual Effects Society Award nominations. She served as VFX Producer and CFO at Anthem Visual Effects, the Vancouver-based agency she co-founded, as well as working as VFX Producer and Executive Producer for Encore in both their Vancouver and Toronto studios, on such TV series as Under the Dome, Homeland, Newsroom and Orange Is the New Black, to name a few.

Simon Kern, Stereo Supervisor – Kern brings a decade of VFX professional experience to the Legend team, developing new tools, pipelines, and techniques while working directly with clients to bring their vision to life on such films as Guillermo del Toro’s Pacific Rim, Scott Waugh’s Need for Speed, and Bryan Singer’s X-Men: Days of Future Past, which won the Advanced Imaging Society’s 3D Scene of the Year honor. Kern has trained artists in the skills of stereo compositing and paint, aided in Real-Time Depth Grading development, and introduced filmmakers to the art of stereoscopic 3D while working with Marvel, DreamWorks, Warner Bros., Alcon, and 20th Century Fox, among other studios.

All newcomers (except for Sepp-Wilson) will be based at the new Legend Studio Offices on the Columbia Square campus in Hollywood, a 27k sq. ft. LEED building which the company moved into last November. 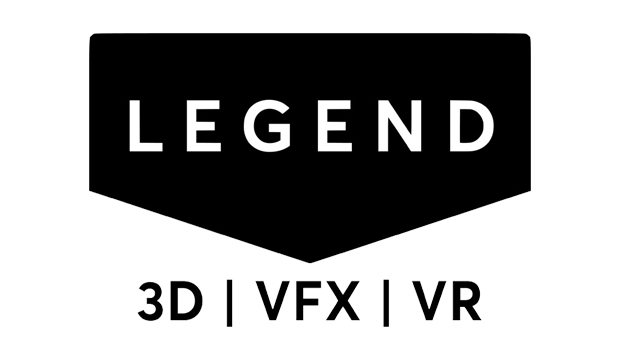