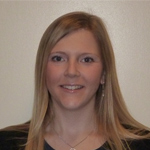 As a go-to person for creators and producers looking for a Head of Production Development, Leanne Passafonti has helped various clients make new connections, look for co-production/distribution partners and pitch at key industry markets. She has also judged international awards (IAA, BANFF, CCG) and been invited to speak and take part in co-production and creative panels at various key industry events and for key broadcasters, including internationally in China by CCTV.

Q: How did you get into Production?

Passafonti: I always knew I wanted to do something creative but I was fortunate enough to fall into the industry by accident.

Still a teenager, I came across an advert back in 2005 for an internship at MTV Networks in London. I saw most interns in the UK had already graduated from University but I was on a gap year, waiting to take up my place at University in a few months’ time and was looking for some work experience in the meantime. I applied and a few weeks later, having just turned 20, I took my first industry job as a Programming Assistant Intern at Nickelodeon International. Jules Borkent hired me to help out the Nickelodeon International team.

Three months into my internship and I’d impressed enough to have a new position created for me as Development Assistant, working with Nina Hahn. I started out on my animation journey helping on the production of short-form animated series such as Stitch Up Showdown (Blue-Zoo), Ooohhhasis (TeamTO/Tuba), Domo-kun (NHK) and Hiro (Nickelodeon Italy/Alessandro Ferrari). I gave notes on all creative materials, attended creative calls and helped coordinate the process. On Hiro I was even able to communicate with the creator in Italian to help ensure that notes were clear and to answer any of his questions.

I was then given the responsibility to be the EIC for the open mic short projects that came from creators across the globe, which was my first experience being responsible for managing animated projects and helping to develop and shepherd the projects from the ground up. A couple of these projects included Leroy Dorsalfin by Mike Geiger and Cheese Toastie Brain Monster by Paul McKeown/One Hand Clapping.

My career took a temporary break from animation for a couple of years as our team focused more on live action and I helped to develop and produce two seasons of the hit show House of Anubis as well as working on various other live action and TV movie development.

After almost six years at Nickelodeon and three promotions, I headed to Red Kite Animation in Edinburgh, Scotland to head up their development efforts and get more hands-on with the creative.

As the Production Head of Development, I led a team of four and built a slate of animated projects for kids of all ages from preschool to tweens, working on 2D and 3D projects. I re-developed the property George of the Jungle for August Media, together with DreamWorks Classics for Teletoon in Canada, among other classic titles. George of the Jungle season 2 is now airing in over 120 countries worldwide. I was also instrumental in the re-development of Ella Bella Bingo for NRK in Norway, an August Media, Kool Produktion show now distributed by CAKE Entertainment and sold to over 25 territories worldwide. I also re-developed the preschool show Bradley & Bee, receiving international broadcast offers, and represented Red Kite and its development projects at all major markets.

Tell us how your career achieved acclaim with Bright Box Creative?

Having built up a large pool of industry contacts and collected over eight years’ of industry experience, I decided to go out on my own as a Head of Development and Production Consultant. I set up my own company, Bright Box Creative, to develop original IP and offer script/story editing, writing, development and creative producing services in the kids’ media sector. I quickly developed a sizeable client list, working with producers and broadcasters around the globe to develop and produce original IP. In this capacity, I helped producers to develop projects and create pitch materials for markets, created brand new animated ideas from scratch, wrote treatments, bibles, springboards, edited and wrote scripts and hired writing and artist talent from various countries to meet production requirements as well as attracting top US talent to European shows to leverage the North American appeal. I ran the development slate for Monster Entertainment in Ireland, including developing the properties Fuzzyworld, Wulfie and The Dinkers and developed numerous projects and scripts for clients in the UK, Spain, Ireland, Germany, South Africa, Canada, Australia and China including the live action/animation hybrid music-based show Kikeriki with Kikeriki Productions. I also helped mentor European producers to get shows into Cartoon Forum and ran workshops around the globe to help producers, broadcasters and creatives better develop their original IP.

Tell us about your international projects and the recognition they have received.

Through my ex-Nick colleague Alex Chien (A4 Studios), I have recently gained excellent experience in the Chinese market, working on several animated projects for Toonmax Media (SMG), CCTV and other Chinese producers. For Toonmax Media, I developed Stone Bone Rocks, based on an existing Chinese comic; and Nulu & Lulu, a preschool show as well as script editing English scripts from the first-ever preschool version of the classic Chinese stories from “Journey to the West” and script editing scripts from the action show Beijing Opera Cats. This led to me producing and moderating ‘Focus on China’ sessions at the Children’s Media Conference in Sheffield and being invited to run seminars on content in China.

Most recently, I was fortunate enough to develop, script edit the 52 x 11 series and write episodes for preschool show Emmy & GooRoo (Left Pocket/Tomavision), now distributed by Superights and launching on Youku in China later this year.