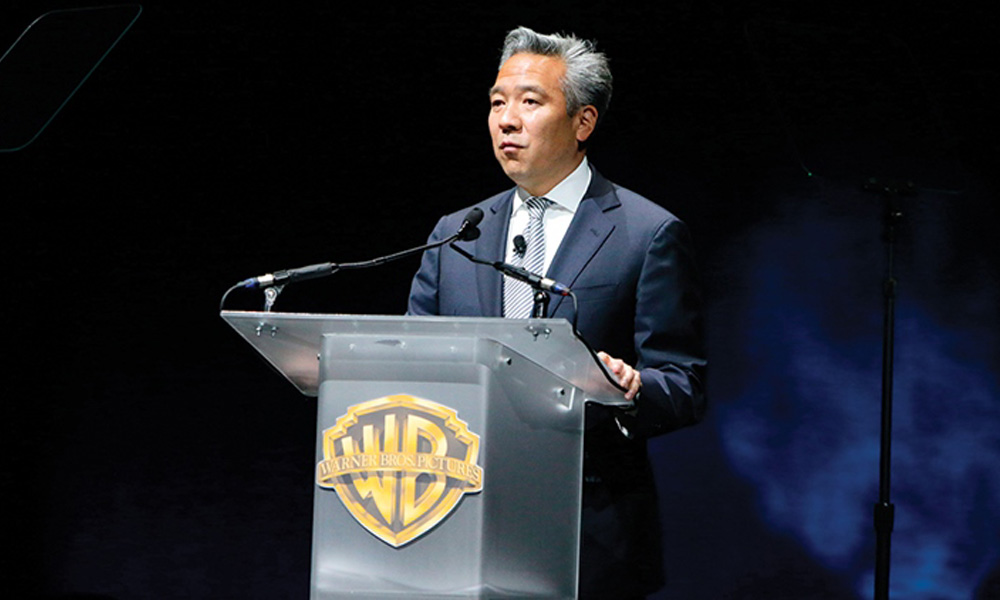 Longtime Warner Bros. executive Kevin Tsujihara, who has served as Chairman & CEO of WB Entertainment for six years and was recently tapped to take over the company’s kids & young adult businesses, is stepping down in the wake of misconduct allegations. Leaked text messages detailed in a March 6 ”article in The Hollywood Reporter revealed that Tsujihara had apparently promoted the career of actress Charlotte Kirk, with whom it appears the chairman was involved in a sexual relationship. Kirk was cast in small roles in WB’s Ho to Be Single (2016) and Ocean’s 8 (2018).

“It is in the best interest of WarnerMedia, Warner Bros., our employees and our partners for Kevin to step down as Chairman and CEO of Warner Bros.,” said WarnerMedia CEO John Stankey. “Kevin has contributed greatly to the studio’s success over the past 25 years and for that we thank him. Kevin acknowledges that his mistakes are inconsistent with the Company’s leadership expectations and could impact the Company’s ability to execute going forward.”

Tsujihara, who had been at WB since 1994 and was the first Asian-American head of a major Hollywood studio, issued a separate memo addressing his departure:

Over the past week and a half, I have been reflecting on how the attention on my past actions might impact the company’s future. After lengthy introspection, and discussions with John Stankey over the past week, we have decided that it is in Warner Bros.’ best interest that I step down as Chairman and CEO.

I love this company and the people that make it so great. I’ve been honored to head this organization and work alongside all of its talented employees over the past 25 years. Together we’ve built this studio into an unequivocal leader in the industry.

However, it has become clear that my continued leadership could be a distraction and an obstacle to the company’s continued success. The hard work of everyone within our organization is truly admirable, and I won’t let media attention on my past detract from all the great work the team is doing.

I am overwhelmed and grateful for the outpouring of support I have received from colleagues and industry partners during this difficult time.

Again, I am so proud of the great work that you do every day to make Warner Bros. the gold standard in our industry. It has been a pleasure to work alongside each and every one of you, and I wish you all the absolute best.