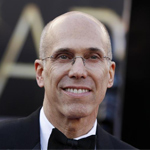 This year’s MIPCOM Personality of the Year, DreamWorks Animation CEO Jeffrey Katzenberg, delivered his keynote speech at the Cannes event today, during which he theorized about the evolving film, TV and online video markets. DreamWorks has aggressively pursued TV series production and distribution, including its major deal with Netflix and the acquisition of multichannel YouTube network AwesomenessTV.

“In the 40 years I’ve been in the entertainment industry, I don’t think there’s ever been a time filled with so much new and unique opportunity for the world of television… But the reality is that everything about opportunity isn’t always simple or easy,” Katzenberg began. “Opportunity involves risk. And, in many instances, it feels threatening. This is because a lot of people see the world as a zero-sum game. According to this view, if one person seizes a new opportunity, then someone else has to lose ground.”

The DWA honcho went on to disparage “zero-sum thinkers,” noting that TV viewership has survived and even thrived along with the growth of Internet content. He offered a rapid summary of the last 500+ years of media history, form the Gutenberg press on, to illustrate his point.

“Throughout this history, in not one instance did a new form of mass media replace an earlier form,” he noted.

“Because there are so many emerging distribution options, there will inevitably be more demand for content … Awesomeness has already signed up over 180,000 channels, and aggregated over 25 million subscribers and almost two billion video views – all of this in less than a year. As of August, Awesomeness had over 60 million unique monthly viewers …The Awesomeness deal gets us directly in touch with our teen audience in a way that we simply can’t with movies or TV shows.”

Katzenberg went into his vision of how mobile and Internet viewing can serve traditional TV and film, by incubating new talent and concepts and driving traffic to TV—but only if quality stories and storytellers are emphasized.

Prior to the Q&A kicking off, Katzenberg was interrupted by Shrek‘s Donkey appearing on the Grand Auditorium screen and announcing, “I’ve heard just about enough of this content is king crap!”

Another big reveal that was picked up by almost every news site on the planet was that Katzenberg who is a huge Breaking Bad fan, contacted the AMC show’s producers and offered $75 million to produce three more episodes of the hit series. But, he told the audience that he wanted the additional material to be delivered in 30, six-minute chapters so that he could create “the best pay-per-view scripted TV event ever.” His plan was to releasing these mini-episodes in 30 days on VOD platforms like iTunes for 99 cents per. “There’s no doubt people would buy it every day, everyone would be there waiting for the next six minutes,” he said. Of course, given the fate of the show’s characters, that would be really tough to do, so that plan didn’t quite materialize! But he told the story to emphasize the dynamic possibilities of the new short-form mobile universe. He also told the pack house that he loves to put his earphones on and watch shows like Showtime’s Homeland on his tablet during his frequent plane trips!

You can read more of Katzenberg’s speech and Q&A session on the MIP World blog. 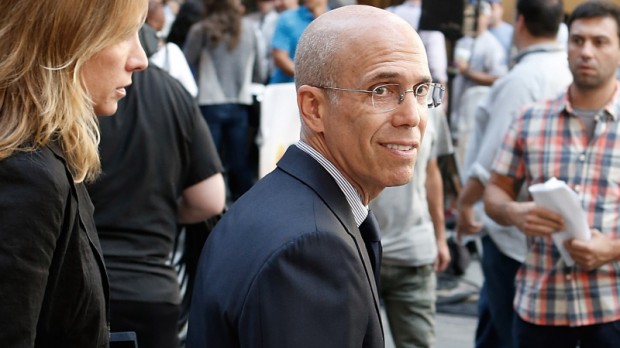