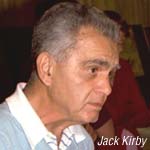 A federal judge has ruled the heirs of comic book artist Jack Kirby cannot reclaim copyrights to such well-known Marvel characters as the Fantastic Four, Hulk and the X-Men.

Kirby’s heirs had filed in 2009 notices of copyright termination with Marvel for dozens of characters the artist had created or co-created for the comic book publisher in the 1950s and 1960s. United States copyright law allows for copyrights that have been sold to be reclaimed by the originator under certain circumstances.

Those circumstances require that the artist have possessed full copyrights to their creation. Marvel responded with a lawsuit claiming the notices were invalid because Kirby was working for the company at the time and therefore the company was the legal author of the material.

The New York Federal Court judge ruled in Marvel’s favor on the question, though the Kirby heirs — lead by attorney Marc Toberoff — could appeal the ruling.

Kirby also worked in animation, having done a short stint at Fleischer Studios in the late 1930s, and then in the late 1970s and early 1980s for Ruby-Spears, among others. Kirby died in 1994.