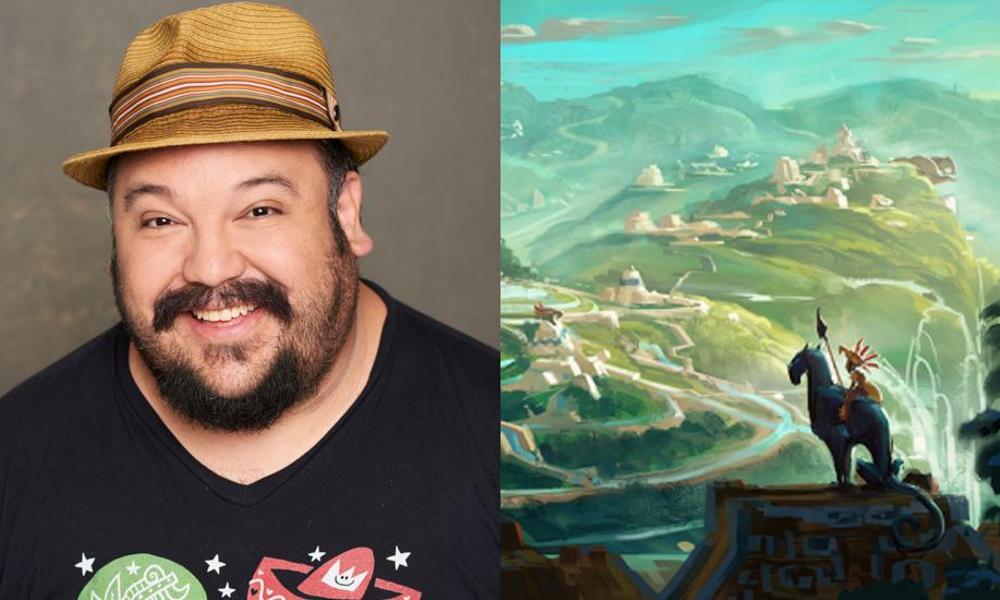 Gutierrez is the creator, writer and director of the upcoming animated limited series Maya and the Three, a Mesoamerican fantasy epic set to premiere globally in 2021.

“Dang! I could not be more thankful to extend my creative love affair with my beloved Netflix!” Gutierrez enthused. “Melissa Cobb and the entire Netflix Animation team match my endless passion for diversity and inclusion in front and behind the camera. After all the kindness that has been shown to me, I look forward to mentoring and empowering diverse storytellers from not only North America, but also Central and South America. My mustached heart has a six pack and I can’t wait to create new stories and bold new worlds. What a time to be alive!”

“Jorge was one of the first creators to join Netflix Animation and has been an incredible partner ever since,” noted Melissa Cobb, VP of Original Animation for Netflix. “He is committed to authenticity in his work, creating fantastical stories and characters inspired by his culture that are universally resonant and a tireless champion and mentor to the next generation of storytellers. We are honored that he’s chosen Netflix as his home and we can’t wait to share his work with kids and families around the world.”

Jorge Gutierrez is a Mexican animator, painter, writer and director. He is the director & co-writer of the Guillermo Del Toro-produced animated feature The Book of Life for Fox, which earned him a 2014 Golden Globe Award nomination for Best Animated Feature Film. He is also writer & director of the Emmy nominated Son of Jaguar VR short for Google. Along with his wife and muse, Sandra Equihua, they created the multiple Annie and Emmy Award­–winning animated television series El Tigre: The Adventures of Manny Rivera for Nickelodeon. Born in Mexico City and raised in Tijuana, Gutierrez has completed various films, cartoons, illustrations and paintings exploring his love with Mexican pop and folk culture.