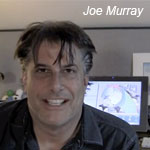 We recently had the chance to catch up with Joe Murray, the brilliant creator and producer of animated shows such as Nickelodeon’s Rocko’s Modern Life and Cartoon Network’s Camp Lazlo and the author of the fantastic primer Creating Animated Cartoons with Character (Watston-Guptill, $24.95). Shout! Factory recently released the first volume of the show on DVD, featuring thirteen 22-minute episodes. Here’s what Joe had to say about the arrival of the popular show on DVD and the state of TV animation today: 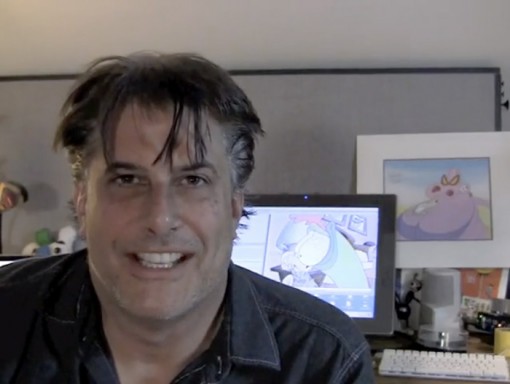 Animag: First of all, congrats on the release of the first volume of the show on DVD. I know fans have been waiting for this DVD for a while now. Can you take us back to 1991 and tell us what inspired you to do a show about a wallaby?

Joe Murray: I think we wanted to put something new and different on the air. It was [veteran animation and children’s TV development exec] Linda Simensky who talked me into it. We were coming out of a rough period in animation and really wanted to shake things up a little bit. Rocko was a character from an old comic-strip which was kind of like an everyman in the eye of the hurricane.  I remember visiting the zoo in the Bay Area and coming across this wallaby that seemed to oblivious of the chaos around him…and I guess that’s how the idea was born.

Describe for us what it was like to be part of the creative animation scenes in the early 90s.

I think what set the decade apart was the fact that the climate was ripe for people taking chances and doing different things. Both Nick and Cartoon Network were able to invest on people who had nothing to lose. Of course, the result of that was that there was a big explosion in the scene. There were big successes—like that yellow sponge that popped up in a big way—and with that success came another era where people aren’t apt to take as many chances because the stakes are too high.

Why do you think the show struck a chord with audiences?

I think it was different from other animated shows that were on the air at the time. We had a different audience than the usual Nick demo of 6 to 11 year olds watching it. For a show to stand the test of time, you need to have a large group of people who watch it when they are young. This group will also watch it as they grow older and they connect with it in a different way. I was always attracted to Jay Ward’s material because he was able to build in different levels in his shows. I wanted to do a show that parents watched with their kids and enjoyed on different levels. 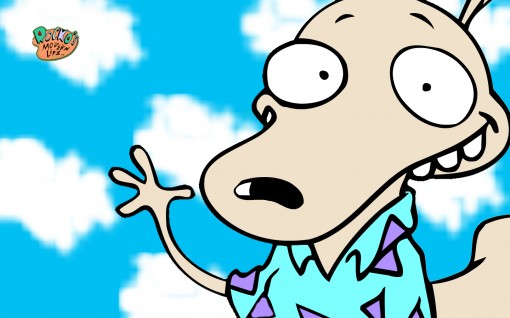 What are some of your favorite Rocko episodes?

I actually love the first season because it was so different—we were really attaching ourselves to that whole ‘Modern Life’ hook. Things like Rocko goes to the beach, to the grocery store or the DMV and Spunky falls over the mop…they were pure modern life satires and we had a lot of fun doing them. The relationships between the characters were really developed later on. I remember having a lot of fun with the team. Director Tim Bjorkland and I were reminiscing about the show the other day and we just remember having a lot of fun. I have a feeling that it was more fun for the crew, because I had to create an environment that would shield them from all the bureaucracy!

Nine years after Rocko, you launched another popular animated show Camp Lazlo (2005-2008) on Cartoon Network. Tell us about that experience.

During Rocko, we had a lot of breaking ground to do, which wasn’t always pleasurable. I had a lot of angst, which came with the growing pains involved with the network. On Lazlo, it was a completely different experience, because we had an amazing crew and we knew already how to produce a strong storyboard-driven show. I was able to build on the mistakes we had made. You really approach cartoons differently when you have a couple of children in tow. We even won a couple of Emmys. Overall, it was a great experience, and I was sad that it was over.

After Lazlo, I started a blog, because I was keeping a journal. Immediately after I launched the blog, questions started to come in about aspring animators wanting to know how to do various aspects of the business, so I tried to answer them all. That’s when I realized that I should give people some insight about the basics of structure and how an animated show is actually put together. I did an e-book and that proved to be popular and Random House got behind it, so I talked to some of my friends like [SpongeBob SquarePants creator] Steve Hillenberg and Tom Kenny [voice of SpongeBob] and did several interviews. It seems that a lot of animation schools focus on the technical aspects of animation, but they don’t spend time on character and story development, so that’s where I hope my book will be useful. 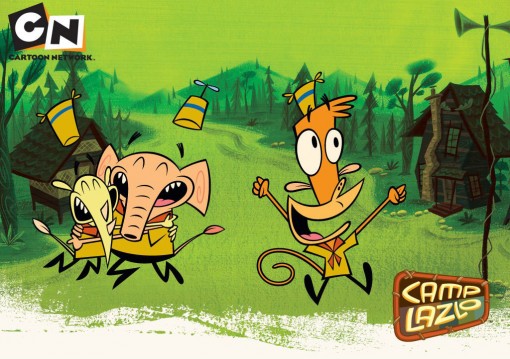 You have also been busy dabbling in alternative ways of putting animated content out there. What is your take on the potential of these newer platforms?

For the past two years, I’ve been working on getting an animation channel called KaboingTV.com off the ground. We launched the animated series Frog in a Suit. You try and pursue these alternative ways of producing animation because you can avoid the hurdles you run into on traditional media. At this point in my career, I am enjoying all these projects, teaching classes and finding ways to do something that will further the next of cartoon creators. I see a lot of incredible talent out there and there’s still a lot of life left in TV, but we are beginning to see that shift happening.

We always ask our role models in the toon biz to share some of their tried-and-true advice with our readers. What can you tell up-and-coming animators about making it in this fast-evolving world?

What I always tell students and people who are fresh out of school is to create something that mashes with the world of commerce. A lot of creative types have ideas that networks would run away from—It doesn’t mean it’s not good, it’s just that people with money may not be interested in those ideas. There’s an audience out there for those ideas on the Internet—this is where those hard-to-sell ideas can find their audience.

In the early ‘90s, people like John K. and I had our studios. We made our own pilots in our studios and that narrowed down the talent pool of creators. But then the networks built their own production models and imported the talent—people like Peter Hannan and Gary Baseman. Today, there are a lot more opportunities to break into those studio models, but you have to work within the system.

What are some of your favorite current animated TV shows and movies?

Right now, there are many shows that I like on TV. I like Adventure Time, The Regular Show on Cartoon Network and Fish Hooks on Disney. I’m partial to the people who work on that show. On the movie front, I really enjoyed How to Train Your Dragon and Despicable Me last year . I am dabbling in some feature material myself right now. There seems to be a lot of interesting things happening in the feature world today. It looks we’re finally coming out of that era where everyone thought that if it’s CG, it’s going to sell. I think people are finally realizing that you can attach a bad idea to CG and expect it to do well. I really loved How To Train Your Dragon. I didn’t think I was going to like it, because I’m more of a 2D purist, but I loved being in the middle of that story. The bottom line is that it all does come down to story.

You can visit Joe Murray’s Blog at http://joemurraystudio.com/blog.

You can find a nice selection of Joe’s shorts here: