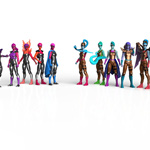 The Jim Henson Company came out with two key announcements this week, with the news that longtime executive Halle Stanford has been promoted to President of Television and the studio’s intent to develop Julie Kerwin’s all-female superhero action figure property IAmElemental as an animated series.

Promoted from EVP of Children’s Entertainment, in her new role President of Television Halle Stanford will add prime-time program development and production to her oversight of all Henson kids’ properties. One initial focus will be the recently announced deal with UTA to build partnerships, grow the studio’s talent base and build up a prime-time slate.

CEO Lisa Henson, to whom Stanford reports, said: “Halle has remained an integral part of the company, especially spearheading our efforts in the last ten years to create innovative, powerful content that engages kids and families around the world. She has built a home here for exceptional talent to thrive and has demonstrated again and again her ability to connect excellent storytelling and memorable characters with her target audience. Looking ahead, as we move our focus to prime-time television, she will lead the charge with her creative passion and strong partnerships with the industry’s top talent.”

Stanford is currently executive producing the upcoming Netflix serie The Dark Crystal: Age of Resistance. A nine-time Emmy nominee, her credits include Word Party and Julie’s Greenroom (Netflix); Dinosaur Train, Sid the Science Kid and Splash and Bubbles (PBS); Dot. and Pajanimals (Universal Kids); and Doozers (Hulu). Stanford first joined The Jim Henson Company in 1993, and was re-hired as Head of Children’s in 2004 after an intermission when she founded 7 Crows Stories, a kids’ creative firm.

Released in 2014 after a successful Kickstarter campaign, IAmElemental is a realistic, all-female superhero action figure line. It currently includes 14 characters named and modeled on positive attributes like “Ingenuity,” “Honesty” and “Persistence” which are built out of the “elements” of superheroism. TIME named the brand on its “25 Best Inventions of 2014” and “Top 10 Toys of 2014,” and it has more recently been nominated for “Action Figure of the Year” from Toy Industry Association’s 2018 awards.

The new animated series will be aimed at girls 6-12, with The Jim Henson Company developing and producing IAmElemental for all platforms. Henson and Stanford are executive producing.

“At The Jim Henson Company, we have a tradition of creating strong female heroes in our past and current television and film franchises,” said Stanford. “Partnering with IAmElemental is incredibly exciting because it will be our first foray into the superhero genre with a cast of powerful young women at its core. We are excited to introduce a unique and fresh superhero television series geared for children all over the world.” 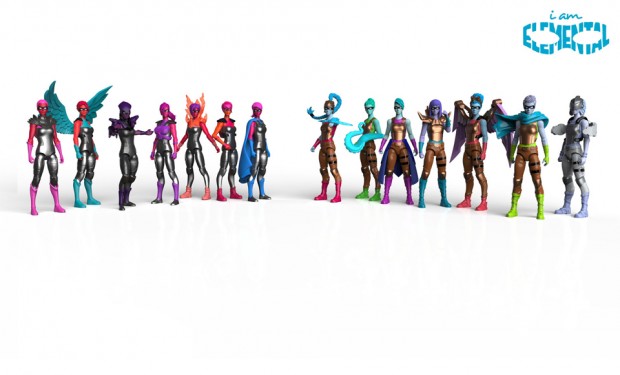