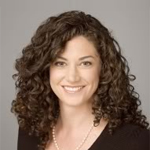 Jill King has been named senior vice president, sponsorship group for Turner Broadcasting System, Inc.’s Animation, Young Adults and Kids Media (AYAKM), it was announced today by Brenda Piper, chief marketing officer for AYAKM. In this newly created role, King will oversee all aspects of strategic partnerships, event marketing and trade marketing that support cable networks Cartoon Network and Adult Swim, and their ancillary digital businesses. She will work closely with Turner Broadcasting’s Young Adults Sales management to develop strategies that drive revenue for the division, including delivering advertising Upfront strategies. King’s responsibilities will also include developing and overseeing marketing partnerships with relevant brands that drive consumer value and develop new business opportunities. King will be based in Atlanta and report directly to Piper.

King returns to AYAKM following nearly two years as independent consultant to the division while based overseas. In her previous role, King served as senior vice president of strategic marketing and partnerships for AYAKM, where she was responsible for overseeing the development and execution of promotional marketing programs that supported advertising sales and brand priorities for Cartoon Network and Adult Swim. Prior to this, she was vice president, promotions marketing and sponsorships for the networks, and helped develop compelling and innovative advertiser promotional programs and sponsorships across multiple platforms. King helped build Cartoon Network’s original pro-social campaign umbrella, “Get Animated,”; and she served as vice president in charge of production for Cartoon Network’s NBA All-Star program and PROPS, a national search for real-world kids with exceptional talent, commitment and prowess in sports or the arts.

Before her stint at Turner, she was a researcher at The Coca-Cola Company.