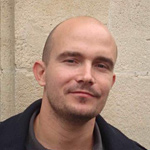 French animator Jeremy Clapin first caught the attention of the festival world with his highly original, funny and dark short Skhizein in 2008, which won awards at Annecy and the Cannes Film Festival. This year, his latest project Palmipédarium has also been receiving raves at screenings around the world. The moody, stylistic short centers on a sensitive young boy’s encounter with a strange-looking duck and a culture that emphasizes hunting as typical rite of passage. The Paris-based animator answered a few questions about his new work via email.

Animag: Can you tell us a little bit about the origins and inspiration for the short?

Jeremy Clapin: Part of the story comers from my childhood. I think we keep our adult sensitivity from this period, and I just tried in this film to reconnect the viewer with this kind of floating feeling, between reality and imaginary. I also used my own experience. When I was young, I used to have a recurring dream about Daffy Duck which frightened me.

When did you start working on the project and how long did it take to complete?

Clapin: The script was written very quickly. The plot of the story is not so important, this is an atmosphere-heavy film and I’d just focus myself on driving the viewer where I wanted by keeping one single tension during this 12 minutes. I started working on it in July 2011 and the production took about six months with a team of four.

What was your budget and how did you finance it?

Tell us about the animation tool you used to create it. Why did you choose this specific technology?

Clapin: I use 3D, CG animation. It’s fast and you can be very creative on the way you can appropriate the tools. All the film was made with open source software. Blender for the 3D part. The technical director, Jean François Sarazin (from Vanilla Seed studio) had convinced me to try the software, and it worked for what I wanted to do. I wasn’t looking for realistic rendering.

Many of the film’s fans loved the ambiguity of the short’s ending…did you want it to remain a bit vague? Were you making a profound statement?

Clapin: As a spectator, I like when the story leaves me some space. I mean not only physical spaces, but also time spaces. The end is a long shot and I just wanted to make the viewer as lost as the child, between two worlds. And to ask themselves some questions about their own feeling about what they just had seen.

Can you tell us a bit about your background? What drives you to make these personal shorts instead of doing longer, more commercial pieces?

Clapin: I studied at the Decorative Arts of Paris (ENSAD). I used to make a lot of graphic design and illustration. When I started to make animated shorts, my goal was not to work in the industry. I just wanted to be free to tell a story alone, as I wanted. Now I’m also working also in commercials. It’s essential, and sometimes it can be fun. But I tried to keep focus on more personal works.

Clapin: You can start from nothing. Whether or not you’re working in CG or 2D, it’s always an artisanal work. It’s a long process.

What would you say is the most challenging part of your job?

Clapin: Every day you have to answer so many questions: of: How can I go faster? Why did I choose this job? But to be more specific: the most challenging part is to accept that you can’t have everything under control and to keep all the process creative, from the script to the editing.

What were some of the animated movies or TV shows that really inspired you when you were growing up?

Clapin: I loved freaking Troma films. Then, I got into Aardman’s Wallace and Gromit, Atama Yama by Koji Yamamura, Flying Nansen by Igor Kovalyov. I also liked Henson’s Fraggle Rock series. It was fun and sometimes scary—when the big monster was eating the little puppets!

What kind of advice do you usually give young animators or aspiring animators?

Clapin: Don’t be too much in love with animation. And don’t follow advice!

Here’s the trailer for Palmipédarium:

You can view Clapin’s first short in its entirety here: 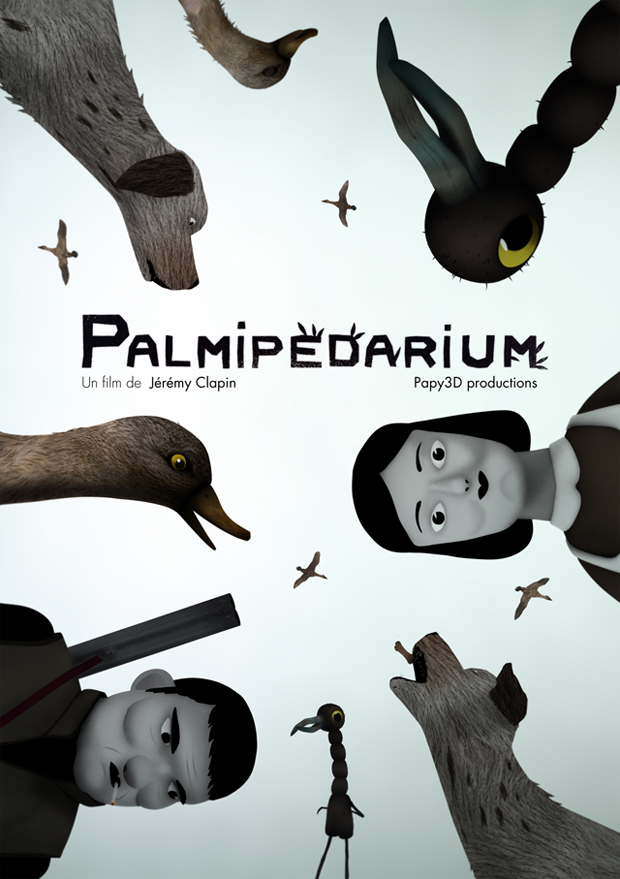