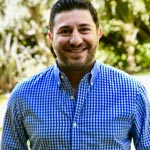 Experienced entertainment exec Jared Mass is returning to Reel FX Animation Studios to head up its growing Originals Unit. Based in the studio’s Hollywood location, Mass will oversee Reel FX’s growing slate of animated features as well as episodic, streaming and cross-platform projects. The appointment was announced Tuesday by Chairman & CEO Steve O’Brien.

“Jared is a top-notch executive and producer whose sense of story, taste in material, and leadership qualities have always been impressive. We are thrilled to welcome Jared back home and look forward to him leading the charge on acquiring and producing our original IP,” said O’Brien.

Reel FX’s recent high-profile partnerships include the recently announced Monster on the Hill with Paramount Pictures and Walden Media. Due in 2020, the story from Rob Harrell’s graphic novel is set in a world where monsters are tame, monster wrestling is a popular sport and teenager Winnie seeks to follow in her father’s footsteps as a manager by turning an inexperienced monster into a contender. The feature is produced by longtime Reel FX executive Brad Booker, directed by Disney veteran Bradley Raymond, written by Matt Lieberman and Etan Cohen.

The studio will also continue to act as a vendor for major studios, and is delivering animation for Warner Animation Groups’ new Scooby-Doo film (2020). With a base of more than 200 employees, Reel FX recently added a feature animation facility in Montreal to its Dallas and Hollywood locations — and expects to double its staff in the next two years.

Notable titles from Reel FX’s 10 years of original properties include the critically-acclaimed, award-winning Book of Life with 20th Century Fox and Free Birds  with Relatively Media, which each generated more than $100 million in worldwide box office; as well as Rise of the Guardians, which was developed in-house before the property was sold to DreamWorks Animation.

Jared Mass was previously Vice President at Paramount Animation where he helped acquire Monster on the Hill and Clifford the Big Red Dog for the studio, and oversaw the recently released Sherlock Gnomes. During his initial stint at Reel FX Animation Studios, he served as an executive during the development and production of Book of Life and Free Birds. Earlier in Mass’ career, he was an executive at Walden Media on films such as Mr. Magorium’s Wonder Emporium and Bridge to Terabithia.

“I am honored and excited to return to Reel FX Animation Studios at such an electrifying time in the animation business as we continue collaborating with incredible filmmakers on commercial films with global appeal,” said Mass. “There is a lot of momentum around our studio and I’m thrilled to be a part of the next chapter in Reel FX’s storied history.”

Trailer: Pooh Sets Out to Save the Day in Hybrid ‘Christopher Robin’
‘We Bare Bears Match3 Repairs’ Brings the Stack Pack to Mobile