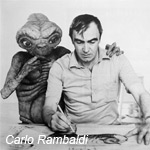 We were saddened by the recent death of Italian special effects wizard Carlo Rambaldi, who is best known for this work on Steven Spielberg’s E.T.: The Extra-Terrestrial, Ridley Scott’s Alien, and John Guillermin’s 1976 version of King Kong. He passed away on Friday (Aug. 10) at the age of 86 in the southern Italian city of Lemezia Terme, after a long illness.

Born in 1925 in the village of Vigarano Mainarda in Emilia-Romagna in 1925, Rambaldi graduated from Bologna’s Academy of Fine Arts in 1951. After creating a dragon for the low-budget fantasy film Sigfredo, directed by early Italian helmer Giacomo Gentilomo, he was drawn to the world of cinema and moved to Rome to pursue his new passion.

It was legendary Italian producer Dino De Laurentiis, who invited him to the U.S. to work on King Kong, for which he won the first special achievement Oscar in 1977. He also took home the award in 1980 for Alien and three years later for E.T.: The Extra-Terrestrial.

Sadly, the rise of computer technology in the world of vfx provided him with fewer opportunities to create his robots and puppets.

“Digital effects cost around eight times as much as mechatronics,” he once told the newspaper La Repubblica. “Effects on E.T. cost $1 million and took three months. If we wanted to do the same thing with computers, it would take more than two hundred people and five months.”

Jeffrey Okun, the chair of the Visual Effects Society told The Hollywood Reporter, “While I never met Mr. Rambaldi, I know I speak for the entire Society when I say that the lifelike breakthrough puppeted alien he created for E.T. significantly raised the bar for all creatures, including what would become CG created creatures. His ability to inject emotion into plastic and metal still stands as a monument to what is possible…. His talent was immense and he will be missed, but his legacy and challenge will live on.” 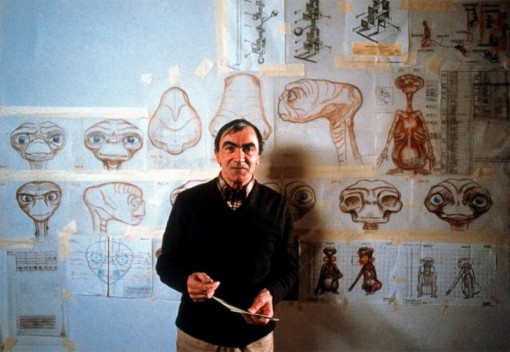