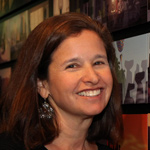 The recent Pixar: 25 Years of Animation exhibit in Amsterdam attracted over 135,000 visitors. The popular show has now moved to the Art Ludique museum in Paris, and it will be on display there through March 2, 2014. Our European correspondent Peter Schavemaker caught up with the exhibit curator Elyse Klaidman, who is also the director of Pixar University and Archives, to get the scoop on this much-anticipated show:

Animag: Can you tell us a little bit about the exhibit. What can visitors expect to see at the exhibit?

Elyse Klaidman: In our archive we keep all artifacts that were part of the creation of the films, like drawings, paintings, sculptures and collages. The archive is open so artists can delve back into learning for whatever they are doing. We often receive requests to get access to the archive from artists while working on current projects, for one of different films.”

What is the history behind this exhibit?

Klaidman: In 2004, Museum of Modern Art in New York came to us with this idea. Their timing was great as it was just before our 20th anniversary. John Lasseter always hoped for their request. MoMA has a great stature as a museum, and it also has a deep history of regarding film as art and has a rich film collection. They understand film as art from.

One response to the exhibit was ‘Why should we consider these drawings as art?” How did you answer that?

Klaidman: We accepted that. We have received these types of questions often from museum attendees. The art world is a complex world. It is always changing and being challenged. Looking back there is not one period in art that wasn’t challenged. It is very complex if the art form is also a commercial, picked-up form. Our final product—the Pixar films, can be seen in movie theaters, malls and in people’s own homes. It is understandable that it is different from what can been seen in cultural halls.

Pixar considers art an emotional expression of ideas. How do you feel about the exhibition opening in artistic cities like Amsterdam and Paris which are well-know for their traditional painters?

Klaidman: Yes, that’s true. It doesn’t ‘belong’ in those artistic cities alone. All our exhibitions have been placed in art institutions, which inspire our visitors from these places.

What is the difference between the original 2004 exhibit and the one on display in Amsterdam and Paris? Are there certain pieces that are on always on display in the world tour?

Klaidman: Some of the artwork has to go back to the archives because we don’t want the original art to be damaged by being exposed to too much light and humidity. The original structure is the same, but we added new artwork from the more recent movies, like Kevin from Up and Boo from Monsters, Inc.

The exhibit opens in Paris on November 16 at the Art Ludique center artludique.com. Do you have any special plans to focus on Ratatouille?

Klaideman: We are not changing the current artwork. We are working with the museum on a little introduction section that centers this film. The images will be used for publicity too.”

Klaidman: After Paris, in 2015 the exhibit will go to three different cities in Spain. The demand from that country is large to see the exhibition. For the time after May 2015 – which will coincide with the end of the Spanish run, we will have some exciting opportunities for other cities.”

The target audience for the exhibit is very broad, for children, their parents and animation professionals. How did you work on a balance to make the show interesting for everybody?

Klaidman: We are lucky because people love Pixar and our films. We have a broad audience. While working on the exhibition we kept one thing clear in our mind. Our goal was to celebrate our art and artists. Our artwork itself can be amusing, funny and serious and abstract. Many of our drawing are colorful, so they interest (little) children too.”

The technical side of the films will be explored at the upcoming exhibition ‘Science of Pixar’ in the Boston Science museum. Can you tell us more about that?

Klaidman: We are currently working on this new exhibition. It is about the other side of our movies; the complex technology that drives the movies. This exhibition will open in June 2015. The artwork that will be shown at that event will be a supplement to the technology. It will be much more a hand-drawn exhibition.” 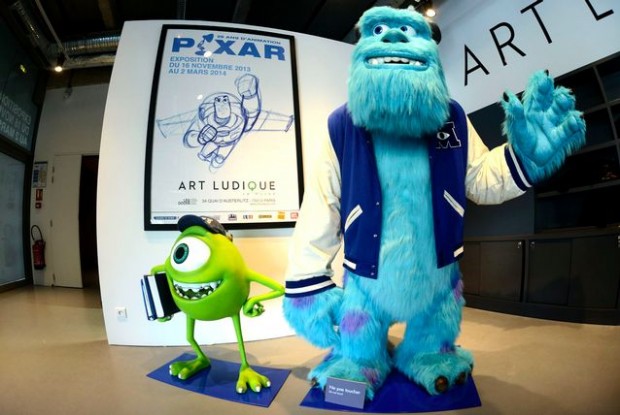 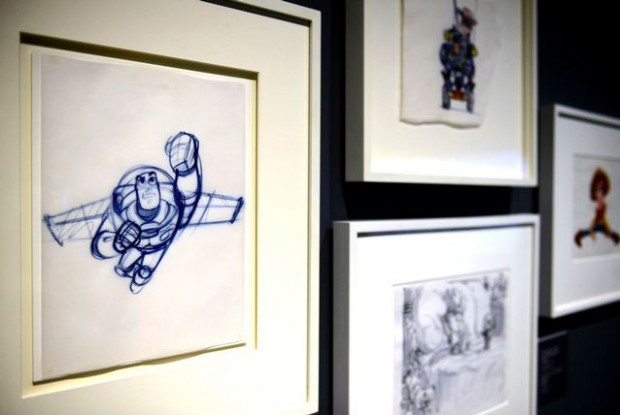 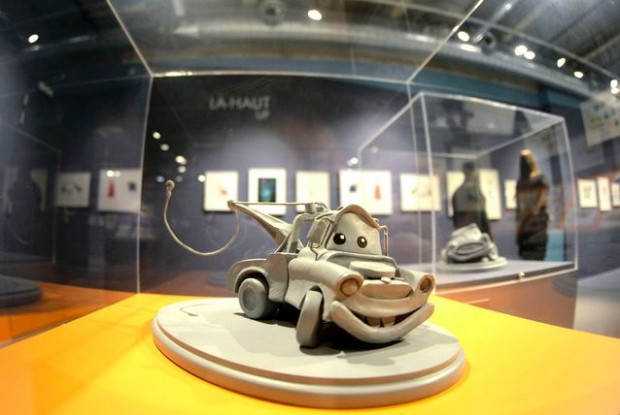 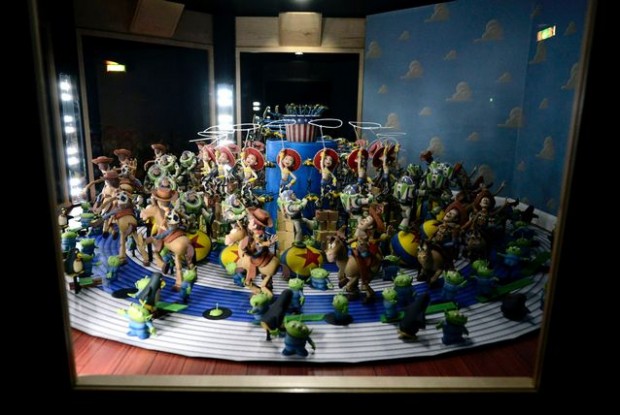