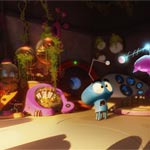 “I’ve never seen anything quite like ASTEROIDS!,” said Nilsen, a Streamy Award-winning YouTube and lifestyle personality. “ASTEROIDS! is completely social and interactive. From the second the film starts, you are immediately immersed in a world where virtual animated characters become your friends and together, you experience emotions like humor, excitement and compassion, just as you would in real life.

From Madagascar director Eric Darnell, who leads the studio with Maureen Fan and Larry Cutler, ASTEROIDS! was a Sundance Official Selection and won the Unity Vision Award for best virtual reality. The film follows the journey of Mac, Cheez (Banks) and their sidekick Peas (Nilsen) as they traverse the challenges of space. Cheez is a loyal robot pet with a playful streak who is always ready for a game of fetch or daring rescue mission, while Peas is the lovable goofball with a heart of gold who just wants her best friends to be happy.

During the 11-minute interactive cinematic experience, viewers are taken by Mac, Cheez and Peas on a deep space mission where they come face-to-face with teeth-gnashing space-bugs and careening asteroids. Viewers are connected to the characters in ASTEROIDS! as they interact with Mac, Cheez and Peas the same way they would in real life. In the process of saving the crew, audiences become a respected member of the ship and are taught the strong, emotional bonds created through friendship.

Baobab Studios was established in 2015 by Fan, Darnell and Cutler, launching INVASION! (starring Ethan Hawke) to critical acclaim. The VR animation racked up awards from international festivals including Tribeca, Sundance, TIFF and Cannes — it is currently a top-ranking download on VR platforms such as Oculus, VIVE, PSVR, Samsung, Within, Hulu and others. 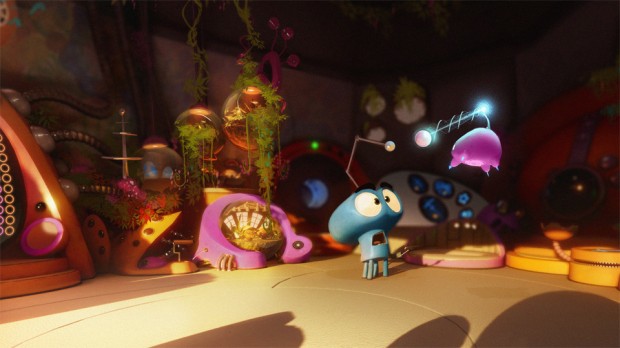