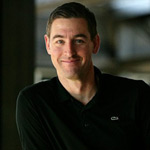 Paramount Pictures has fired first-time director Dylan Brown from upcoming animated feature Amusement Park after investigating complaints of “inappropriate and unwanted conduct.” Announced Tuesday, the axe reportedly dropped a week and a half ago as the result of complaints by multiple women. THR broke the news.

A statement from a Paramount spokesman said: “We are committed to fostering a safe and professional workplace that is free of harassment or inappropriate conduct. We received allegations of inappropriate and unwanted conduct by Dylan Brown in the workplace and we conducted a thorough investigation, and he is no longer employed by the company.”

Allegations against the director made by women on the production staff include inappropriate comments of a sexual nature as well as physical interactions, according to a source mentioned by Variety.

Tuesday evening, Brown’s attorney, Andrew B. Brettler of Lavely & Singer in Los Angeles, responded: “Mr. Brown disputes these allegations. They are defamatory, and he is considering his legal options.”

Amusement Park is slated for release on March 15, 2019, and features the voices of Mila Kunis, Matthew Broderick, Jennifer Garner, Kenan Thompson, Ken Jeong, John Oliver and Jeffrey Tambor — who has separately been accused of sexual harassment. The flick is penned by Disney animation alum Lino DiSalvo. Brown was previously an animator with Pixar for a number of years, with credits including Ratatouille, The Incredibles and Finding Nemo; he was also set to direct a Nickelodeon animated series follow-up to Amusement Park.

The studio has not specified a replacement director for the film.

If you have experienced workplace sexual harassment, Women In Animation has compiled a resources page which can help.