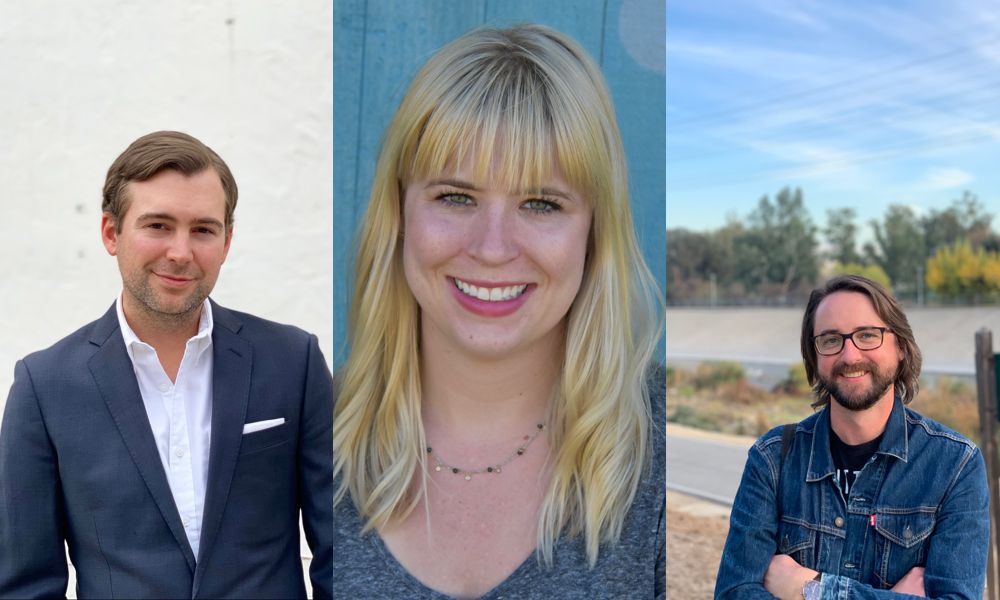 IDW Entertainment (IDWE) and IDW Publishing (IDWP), divisions of IDW Media Holdings, announced today that after successes such as the adaptation of the IDWP graphic novel, Locke & Key to the now-popular Netflix series, they’ve beefed up their Original Initiative with the appointment of Jonny Gutman as Vice President of Series, IDWE; Mark Doyle as Editorial Director, Originals, IDWP; and Cassie Conaway as Director of Development, IDWE.

“In their short time with us, so far both Jonny and Cassie have made an incredible impact on IDW Entertainment,” said Lydia Antonini, President of IDWE. “Adding Mark into the mix as a collaborative partner on Originals will no doubt allow the company to continue its tremendous growth as a creative force.”

As IDWE’s Vice President of Series, Jonny Gutman will be responsible for managing creative development and production strategy for the growth of original scripted content. Gutman was previously the Senior Director of Longform Premium Content at Funny or Die, where he oversaw IP to develop scripted, non-scripted and animation projects. Prior to that, he served as TV Literary and Packaging Agent at William Morris Endeavor Agency, where he was for more than a decade.

“The past few months have been a creative joy working alongside Lydia, Cassie, the entire Entertainment team, and all of the showrunners, writers, directors and talent associated with the company,” said Gutman. “I’m looking forward to partnering with Mark to continue to break new ground for IDW, and to bring these wonderful story-worlds to life on screen.”

Mark Doyle signs on as IDWP’s Editorial Director of Originals, responsible for acquiring and developing original materials for comic books and graphic novels. He will also help to drive the Publishing team’s original content by directing the strategic brand positioning and leading the editorial strategy of its portfolio. Doyle comes to the IDW team after previously serving 14 years as DC Comics’s Executive Editor. Prior to his time at DC, he was a Development Assistant at ABC News.

“I’ve been making comics for more than 14 years and have always been an avid IDW fan,” said Doyle. “My passion has always been working with talent and telling original stories, so I’m excited to be a part of this growing team. I know we’re going to make great things together.”

Cassie Conaway joins the team as IDWE’s Director of Development, taking on the management of development for a slate of drama and comedy programming based on graphic novels, prose and other source material. She will be tasked with working closely with the senior development staff, showrunners, executives and other partners to develop, package and sell a variety of formats for streaming, cable, broadcast networks and other platforms.

Prior to joining IDWE, Conaway served as a Creative Executive at AGBO Films where she worked directly with writers and directors to develop, hone and sell projects to both SVOD and cable networks. Additionally, she was one of the AGBO points on shows such as SYFY’s Deadly Class and Amazon’s Citadel, and was charged with staffing along with managing episodic director needs.

“I’m thrilled to be joining the IDW team and supporting Jonny and Lydia as we build out story-worlds through television and films,” said Conaway. “IDW’s clear dedication to creators and original materials is inspired and I’m looking forward to all of the future growth that this team will ignite.”

Additionally, IDWE announced the promotion of Andy Behling to Senior Coordinator, Development and Production. Behling has been a key player across the Drama, Comedy and Kids & Family divisions helping to staff and support all active shows.