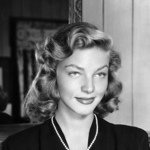 Tony and Honorary Oscar-award winning actress Lauren Bacall, whose smoldering good looks and husky voice made her a Golden Age of Hollywood legend and who continued voice and acting roles throughout her life, died yesterday of a stroke in her home. The announcement of the 89-year-old performer’s passing was made by the Humphrey Bogart Estate via Twitter.

Beginning her career as a model, at age 19 Bacall was spotted on a magazine cover by the wife of director Howard Hawks, and landed a role opposite Bogart in To Have and Have Not (1944). The duo went on to star in three more films together and became icons of Hollywood romance when they married in 1945 despite a 25-year age difference. Bacall’s rapid rise to fame made he a pop culture icon, inspiring caricatures in animation (Warner Bros. produced a Merrie Melodies short Bacall to Arms, and she appears in 1947’s Sick Hare) in addition to her film, TV and stage roles and cameos.

In addition to her well known turns in films like The Big Sleep, How to Marry a Millionaire, Murder on the Orient Express and The Mirror Has Two Faces, which earned her an Oscar nomination, Bacall had lent her distinctive voice to a number of animation projects in the last decade-plus. These include Madame Lacroque in Madeline: Lost in Paris, the Witch of the Waste in Howl’s Moving Castle, The Grey One in Ernest & Celestine and most recently as the aggressive cougar Evelyn in a March episode of Family Guy titled “Mom’s the Word.” 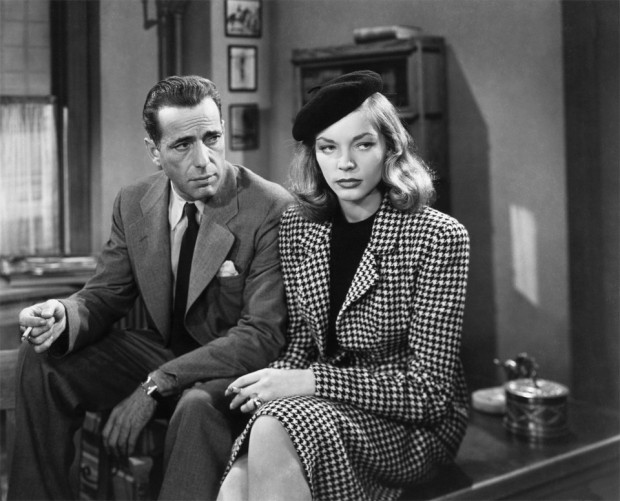 Humphrey Bogart and Lauren Bacall in To Have and Have Not

You may also like...
Related Topics:Bacall to Arms, Ernest & Celestine, Family Guy, How to Marry a Millionaire, Howard Hawks, Howl's Moving Castle, Humphrey Bogart, Lauren Bacall, Madeline: Lost in Paris, Merrie Melodies, Murder on the Orient Express, Sick Hare, The Big Sleep, The Mirror Has Two Faces, To Have and Have Not, Warner Bros.