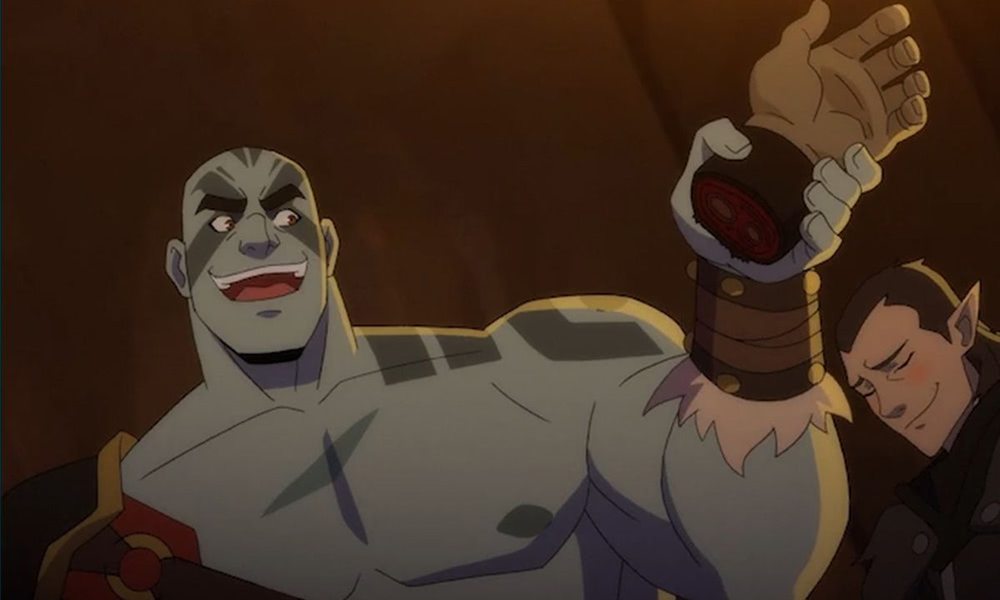 The Legend of Vox Machina is one of Titmouse's latest projects, premiering on Prime Video Jan. 28

1/11/22: Updated with statement from Chris Prynoski.

More than 90% of animation workers at the studio signed union representation cards with The Animation Guild, IATSE Local 839. In response, Titmouse voluntarily recognized the unit, which was certified by a neutral arbitrator on Jan. 7, 2022. This means that a committee of engaged Titmouse New York workers will soon sit at the bargaining table to negotiate their first union contract.

“This historic moment has given me a sense of agency I never thought I could be afforded in the workplace, especially as a production worker,” says Production Supervisor Gray Rothey, a member of the Titmouse New York Organizing Committee. “Unionization felt unattainable until I saw the unstoppable force that is this organizing effort. I feel a deep sense of gratitude and relief knowing that this means current and future generations of New York artists and production staff will have their voices heard.”

The organizing work done by the Titmouse crew is a testament to the power of animation workers coming together to demand an end to unsustainable workplace practices and provide a collective voice on issues that directly impact them on the job. This organizing milestone is the first time that The Animation Guild will represent animation workers outside of Los Angeles County since its charter was signed 70 years ago.

“It is wild to look back on where I was two years ago, making pennies, struggling to break in and knowing that if I was to have a stable livelihood in this industry, I’d have to leave everything behind and go West. That was always the only choice I had. Now I am here standing with my fellow workers, thrilled to fully understand just how much of a choice we do have when we combine our voices and refuse to compromise,” comments story artist T. Curry.

The Animation Guild is the only union representing animation artists and animation production workers in the United States. A sister local, the Canadian Animation Union, IATSE Local 938, formed in the last year and negotiated a first contract for Titmouse Vancouver workers.

“This historic moment is a cause for celebration as we begin a nationwide effort to ensure all animation workers are treated with respect and are afforded the same benefits and protections as those who are working in Southern California,” says The Animation Guild Business Representative Steve Kaplan.

“I’m overjoyed that my students and young peers will be able to thrive in an environment that supports them from today forward,” comments story artist Chrissy Felmeth. “To my fellow New Yorkers in animation and production, I’m confident that our collective pain is being recognized now that we have a seat at the table.”

Background artist Yves Menshikova adds, “What this historic moment of unionizing means to me is a step closer to a brighter future for animation workers not just at Titmouse, not just in New York, but the animation community at large. I’m hoping that our victory here will be a catalyst for creating representation for animation workers spanning from coast to coast that aims to leave no one behind.”

“We are proud of the Titmouse artists in NY and support them as we move into the future together! Responsible employment practices are the foundation of our artist-driven studios,” said Titmouse Founder & President Chris Prynoski in a follow-up statement. “Following our voluntary recognition of the unit, we look forward to the opportunity to work with IATSE as we explore the first agreement for our NY-based employees.”

The Animation Guild, also known as Local 839 of the International Alliance of Theatrical Stage Employees (IATSE), was founded in 1952. The labor union represents more than 5,000 artists, technicians and writers in the animation industry, advocating for workers to improve wages and conditions.