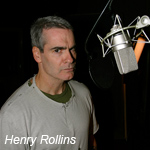 How did you approach the character of Kilowog for this story?

Henry Rollins: For me, Kilowog is a man who’s pure of heart. He’s a warrior. He’s a soldier. And he loves his rookies. Deegan is the guy who broke him in – in boot camp – and kind of brought him into command position. So Kilowog came up through the ranks by being brave and by being a take-charge leader. In the Kilowog segment, you see that he had a grasp of the leadership idea from the get-go. He’s with other recruits and he immediately takes the leadership position. So I think he’s a good guy, but he always knew he was gonna be running things.

Were there any challenges to finding the character for you?

I assumed what the character needed before we went in. I said, “Andrea (Romano), this guy has a flat top, thick neck, but he’s a good guy and if you get past all the yelling, you know he’s got a good heart.” She said, “You got it. That’s, that’s the guy.” So I kind of had him dialed in and then we went forth. It was really just finding his subtleties working with the great direction of Andrea. The character, for me, wasn’t all that hard to find. He’s not a complex guy. He takes his orders. He gives orders. He knows right and wrong. He takes care of bad guys, and keeps people alive. On that level, his life is pretty simple.

You’re so often a one-man show, or at least the leader of the band. What’s it like to be directed by Andrea Romano?

I’ve been working with Andrea for well over a decade, and it is one of the fun moments of my year when I get the call. Watching her work with a whole group of people is like watching a combination of air traffic controller, director and producer all at once.  And she has as much fun or more fun than all of us combined. Her level of energy is quite remarkable. I’ve done every kind of voiceover with her – entire casts, one on one, Batman Beyond, Teen Titans – and she always brings a tremendous bolt of energy. It’s infectious and it’s fun. It’s like she always says, “Thanks for coming in and playing.” Andrea really allows you to have fun with it and not take yourself too seriously, which allows you to work really hard.

You’re such an intense, intelligent, driven individual who actively lobbies for many worthy, worldwide causes. Do voiceovers for animation fulfill some sort of need for play, or do they offer another challenge?

The reason why I come and do voiceover, for animation or documentary or whatever, is because I’m really not suited for it. And so I have to somehow pass myself off as someone who can actually pull this off. It makes me work really hard, and I love the challenge. I’ve been in a lot of films, and yet I’ve never taken an acting lesson. I’ve done a lot of voiceovers for all kinds of things, and I’ve never taken any lessons there. I’ve just shown up with a whole lot of enthusiasm, a great fear of failure, and a desire to please the people who have somehow trusted me to do the work. I come from the minimum wage working world of the late ’70s, early ’80s, so stuff like this, to me, is gravy. It is so not standing on my feet, carrying something to the back of a truck. I know how to do all of that. Many of us do. So, for me, it’s just a really fun thing. There’s pressure certainly to perform – not the same pressure that I take out on stage every night, when there’s a lot of people who are there to hear me or see me. The voiceover thing, in order to be good at it, you have to have a laugh at yourself. I mean, you’re doing funny voices. We’re larger than life here. So you have to throw your seriousness away and be able to laugh at yourself. You have to throw out your ego. The more I do it, the more I realize that you have to approach it that way – and then you get super involved in the moment. I think that’s what the job requires. You have to think “Oh, no, here comes the meteor storm. We’ve got to go.”  When I’m doing something like that, believe me, I’m really in that moment. When you can throw away your self-importance and have fun with it, that’s when you really deliver.”

What’s your motivation to perform in this odd world of entertainment?

Like many of us in the entertainment world, I think we are making up for the lack of attention that we did not get as kids through the need for attention and approval from an audience. I tell audiences now that I’m only here for your attention and your approval. I need you way more than you’ll ever need me. And you’ll be done with me way sooner than I’ll ever be done with you. It’s a pity. And welcome to the show. (he laughs) And it’s so true.

Are you more comfortable performing in front of large groups or alone in a studio with you and the microphone?

I love being in front of tons of people, and I really enjoy being one-on-one with the microphone. I love both micromanaging the part, and having the ability now to give the director exactly what he or she wants, and then really being able to nail it. In the booth it’s fun because they’re directing you, and you’re trying to hit those notes. It’s like Andrea will say “Can you lighten it up just a little? Remember, you’re kind of sad, because on page 11 you had that thing happen.” And then you can dial in with such extreme subtlety that she can hear it and go, “That’s what I needed. Thank you very much, we’re moving on.” To be able to deliver that is really enjoyable.

Did you read comics as a kid?

I was not a comic book-guy growing up. My stepbrother had them. I would look at them with not a great of interest. My first job was throwing newspapers for the long-defunct Washington Star. I’d throw 80,000 tons of newspaper a year for about $4.60. So I’ve got maybe $12 to my name, but I was a kid, I didn’t know what to do with it. And so I went to the drugstore and I bought a couple of comics. I dragged them home, and I looked at them. Quite honestly, it didn’t do much for me, and I’ve never gone back except for when someone sends me the odd modern comic. A few years ago, I did come across this character called “Too Much Coffee Man.” And he used to worry about the world. He had a coffee cup strapped to his head. I eventually made friends with Shannon Wheeler, who draws the comic. He illustrated a book for me – putting some illustrations at the beginning of each chapter. And Shannon used to kindly send me these collections of “Too Much Coffee Man.” But that’s the only comic I would really pay attention to, because I like the idea. “Too Much Coffee Man” has a lot to say. He’s a great apocalyptic philosopher for our very troubled times.

Comics don’t have an impact on you, but do you believe they have a social relevance for society?

I think that it’s important for young people who are maybe sensitive. Maybe they’re not going to  be the quarterback and they’re not going to get the pretty cheerleader to go to the senior prom. But it’s great for them to have an escape. Because some people who are often aren’t the one who can throw the football the furthest, they have interesting minds. And I think that comics help someone with an imagination have fun and play around … I think anything that inspires young people to have imagination – it’s what gives you things like, oh, the Internet and renewable energy. And progress. So I think anything that is a seed to imagination, that enhances imagination, I think is safe. Growing up, I loved great literature. I lived for your Steinbecks and your Hemingways as a kid, and I read them all again as an adult and got the better version of the story. My comic books were reading things like the The Grapes Of Wrath, and stuff like that that my mom turned me on to. So I understand anything that makes the imagination go as being a good thing.

Is there a super hero or villain role you truly covet?

No. I’m happy for anything that would come my way. And I’ll be so happy if someone said, “Here is three years work on this series and you get to be that guy.” It’s all been so much fun. There’s nothing I’m wanting to do but more. 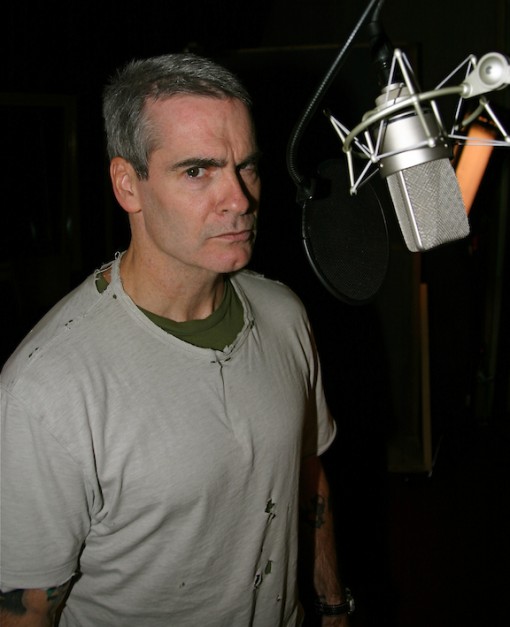 Here’s a trailer for the movie: