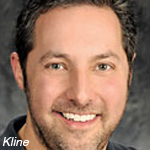 Writer and producer Jeff Kline, whose recent credits include Transformers: Prime and G.I. Joe: Renegades for The Hub, has signed a four-year deal to develop and produce children’s animated series for Hasbro Studios.

Kline was VP of drama development at Columbia Pictures Television before he moved into writing in the mid-1990s. Since then, he’s written and produced both primetime programs and more than a dozen children’s animated series, including Jackie Chan Adventures, Men in Black: The Series, Roughnecks: The Starship Troopers Chronicles and Dragon Tales.

“Jeff is a truly gifted writer and producer with a phenomenal understanding of our target audience,” said Hasbro Studios president Stephen Davis. “His track record speaks for itself, as he has consistently delivered highly-rated shows in all dayparts with great stories and great characters. Transformers: Prime and G.I. Joe: Renegades are just the beginning of a terrific collaboration, and we look forward to working with Jeff well into the future.”