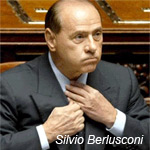 Further proof that the world of animation is not purely a candy-coated, kid-friendly wonderland: Harmony Gold USA founder Frank Agrama, who is best known for exec producing the dubs of Robotech, was sentenced to three years in prison by a Milanese court for tax fraud on Friday—along with four other individuals including scandal-prone former Italian Prime Minister Silvio Berlusconi, who received a four-year sentence. All the defendants have also been ordered to pay 10 million euros (approx. $12.9 million USD) in damages. Out of 11 persons on trial, three were found not guilty and four were exempted due to the statute of limitations.

An announcement made Sunday clarified that due to a 2006 amnesty law which keeps convicted persons out of jail if their sentence is three years or less to prevent overcrowding in Italian prisons, Agrama will not serve jail time. The same law will see Berlusconi’s actual imprisonment limited to one year. However, Berlusconi is expected to appeal the decision which may push over the remaining time on the statute of limitations for the offenses.

As ANN summarizes, the case began in 2006 and had to do with numerous Paramount properties (not Robotech) which Agrama resold to Berlusconi’s media company, Fininvest, for broadcast in Italy. Prosecutors argued that Fininvest overpaid Agrama, who acted as middle man for the deals, for these rights to make Fininvest appear less profitable, while extra funds were transferred to an offshore slush fund account own by Berlusconi. 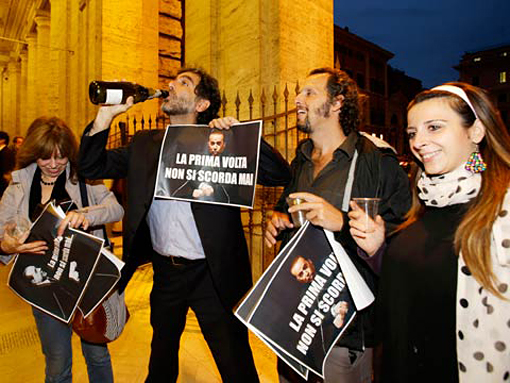 Opponents of Berlusconi celebrate his conviction for tax fraud;
photo courtesy of The Guardian