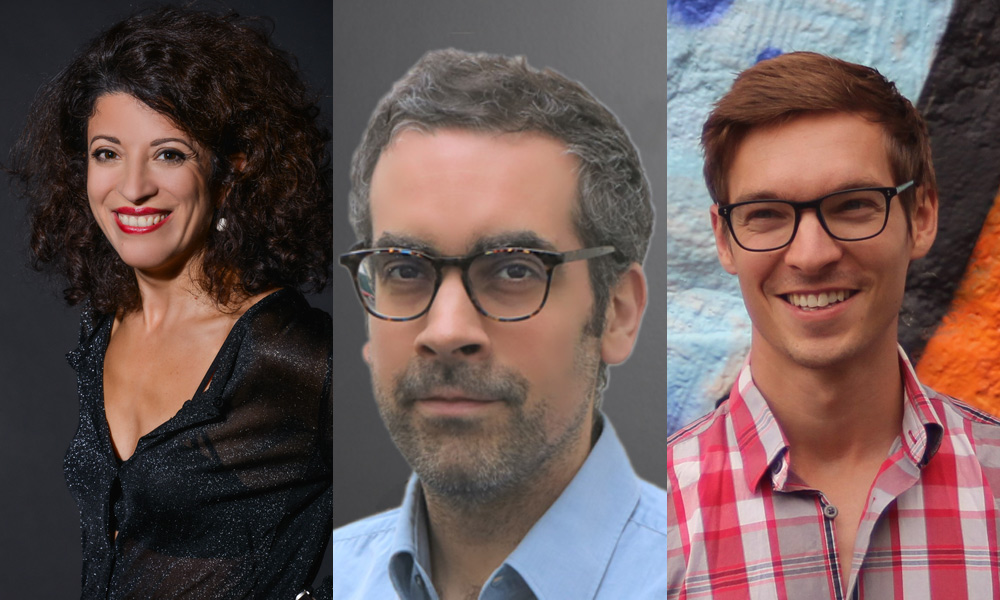 Caroline Duvochel, new CEO of the French production companies of the Groupe Média-Participations (Ellipsanime Productions, Dargaud Media, Dupuis Edition & Audiovisuel and Ellipse Studio) following the departure last September of Maïa Tubiana, to whom she was previously deputy, has strengthened her team:

Malika Aït Gherbi Palmer, who joined the Group on October 1, has been appointed Director of Content. As such she is in charge of consistency and progress of projects initiated and produced by the division.

Jules Garcia was appointed on December 2 to the newly created position of Director of Ellipse Studio (Paris and Angoulême), one of the Group’s production studios, working notably on the animated feature Yakari and the series The Smurfs, Kid Lucky and Roger and His Humans.

Another new post has been created for Julien Martin, who has just been recruited as Director of Research and Development for the division. Martin is due to start in February.

And Julien Papelier now heads up audiovisual activities of Média-Participations in France and Belgium.

With a Masters in Association Management and Engineering from the IAE in Paris and a DEA in film studies from the Sorbonne, and a successful period in cultural development, Malika Aït Gherbi Palmer went on to work within the AFCAE (Association Française des Cinémas d’Art et d’Essai) for the development of Arthouse cinemas. She joined the Plaine Commune urban authority to contribute to the “territory of creation” project in the Parisian metropolitan dynamic plan. She then headed the Greater Paris Media Centre, a cluster dedicated to the Image sector in the Ile de France. In this capacity, she was a member of the Executive Board of Cap Digital. In 2013, she launched the Louvre Lens Vallée, a cluster dedicated to creative and cultural industries resulting from the territorial dynamic around the Louvre in Lens. For five years, she was director of the Pictanovo, Pôle Images Hauts-de-France cluster.

After technical and academic audiovisual studies, Jules Garcia began his career at Télé Images Production as Coordinator, then Production Manager and finally Production Director. He then became Director of Productions at Zodiak Kids Studio before joining Watch Next Media as Studio Director.

With a doctorate in computer sciences and degrees in logical programming and artificial intelligence from the Université Pierre et Marie Curie, Julien Martin began his career in 2000 as R&D Engineer on the 3D feature 3D Kaena. He then created the pipeline and production management system of the Franco-Canadian series Bravo Gudule. In 2010 he joined Imaginatio as research engineer before becoming manager in 2014. In Early 2016 he designed and developed DataShare, a collective investigative journalism programme, in the ICIJ, the International Consortium of Investigative Journalists.

European leaders in animation production (series, features, transmedia content), Ellipsanime Productions, Dargaud Media, Dupuis Edition & Audiovisuel have over several decades produced programs for all audiences, in a variety of technologies and graphic styles, with the constant search for innovation and renewal. Action, adventure, comedy, preschool, educational, animation for adults… all genres and formats are represented.

Groupe Média-Participations works closely with its French broadcasting partners and also in international coproduction. Dargaud Shanghai, based in Beijing, supports business and outreach development in China. Their catalogue is distributed around the world by Mediatoon International Distribution.

Ellipse Studio is the Groupe’s production studio based in Paris and Angoulême. Madlab, partner studio for mutualised services between Ankama and Ellipsanime Productions, is based in Roubaix.