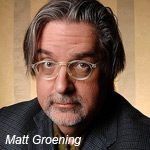 Sorry, Massachusetts… The Simpsons creator Matt Groening has finally revealed the location of the “real” Springfield, home of America’s favorite cartoon family for 25 years. The writer/producer who is a native of Portland, OR unmasked the town’s location in a recent interview with Smithsonian magazine as Springfield, Oregon.

“Springfield was named after Springfield, Oregon. The only reason is that when I was a kid, the TV show Father Knows Best took place in the town of Springfield, and I was thrilled because I imagined that it was the town next to Portland, my hometown,” Groening explains in a Q&A with Claudia De La Roca set for an upcoming Smithsonian issue. “When I grew up, I realized it was just a fictitious name. I also figured out that Springfield was one of the most common names for a city in the U.S. In anticipation of the success of the show, I thought, ‘This will be cool’ everyone will think it’s their Springfield.’”

Not any longer, however. Currently in its record-setting 23rd broadcast season on Fox, The Simpsons has teased audiences with supposed reveals and clues to the town’s location, as De La Roca (who served as Groening’s assistant on The Simpsons in the 1990’s and as co-producer on Futurama) mentions in the interview. 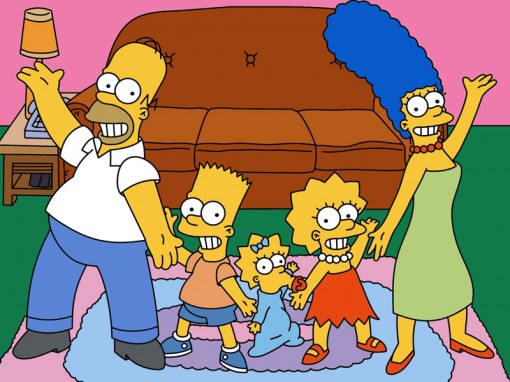 One such clue is the number of Simpsons characters named after Portland streets like Lovejoy and Kearney.

An update from EW.com tells viewers to expect Sunday night’s episode to reference the revelatory news with the opening Bart-on-the-Chalkboard gag.