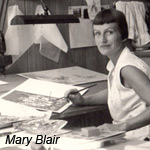 Google is showcasing a colorful “birthday doodle” in honor of Disney Legend Mary Blair’s 100th birthday today (Friday, Oct. 21). The much-loved artist, whe worked alongside the famous Nine Old Men at the studio, is most famous for her concept art for Alice in Wonderland, Peter Pan, Song of the South and Cinderella, as well as her enduring character designs for Disneyland’s It’s a Small World ride and the fiesta scene in El Rio del Tiempo in the Mexico pavilion at Epcot’s World Showcase. 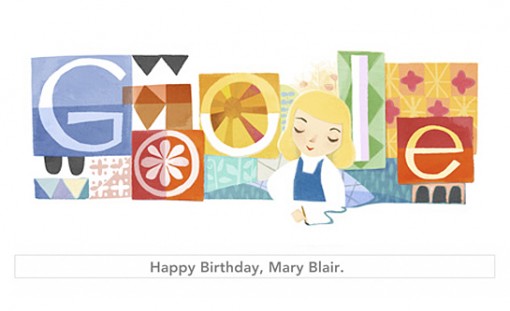 Blair’s doodle coincided with the special tribute to the artist at the Academy of Motion Picture Arts and Sciences on Thursday evening.

Blair, who followed her animator husband, Lee Blair, to the Disney studio in 1940, was greatly admired by Walt Disney, who requested her work on It’s a Small World. A Blair-designed 90-foot-high mural can still be seen at Disney’s Contemporary Hotel at Disney World in Orlando, Fla. The pioneering artist died on July 26, 1978. 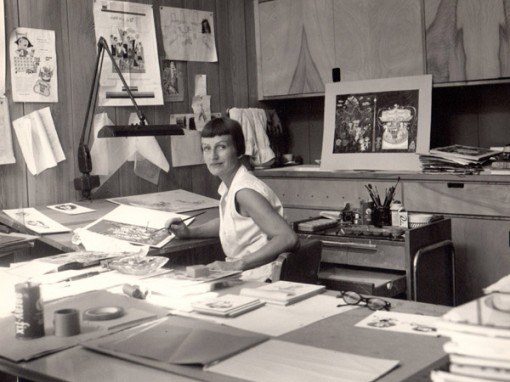 Mary Blair in her home studio