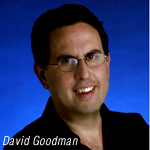 Allen Gregory has a seven-episode order from the network and is a co-creation of Jonah Hill, Jarrad Paul and Andrew Mogel.

Series is about the world’s most-celebrated 7-year-old as he faces the great challenge of attending elementary school.