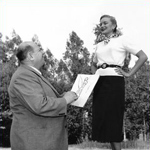 Ginni Mack, one of Walt Disney Studios’ ground-breaking “Ink & Paint Girls” who moved up the department ranks and was immortalized as the original model for Tinker Bell, has passed away at age 90. Mack’s death on August 23 was reported by Disney historian and family friend, Mindy Johnson, who spotlights the late artist in her soon-to-be-released book Ink & Paint: The Women of Walt Disney’s Animation.

Mack made important contributions to the classic era of Disney animation. Hired in her late teens as a painter, “Ginni” (short for her middle name, Virginia) quickly proved her artistic worth and keen color sense, and was appointed to the legendary “Rainbow Room” Legendary animator Marc Davis used her as his muse for Peter Pan’s pixie pal in 1953. In 1958, she married Disney background painter and story artist Brice Mack. Having worked for other studios and raised a son (Oscar-winning VFX artist Kevin Mack), Mack was one of a select group of I&P artists asked to return to Disney for Pete’s Dragon, and she later helped develop and test the studio’s digital ink and paint system before retiring in 1991.

Johnson provided the following obituary on behalf of the family (edited for clarity):

Helen Virginia Gilliland was born in Tulsa, Oklahoma, and grew up in the small town of Walters, OK. At age ten, Ginni went to live with her aunt in Los Angeles, and the rest of her family soon followed. Settling in Glendale, CA, Ginni attended Glendale High School, where her sharp mind and noted artistic talent thrived as she achieved the highest SAT score in her class for mechanical aptitude – higher than any of the men in her class. Ginni could do just about anything and her talents served her throughout her life. Whether fixing cars, doing electrical work, or making furniture, décor, jewelry and clothing, Ginni was a true creative!

In June of 1946, at age 18, Ginni was hired at Walt Disney Studios as a Painter in the Ink & Paint Department. Her keen color sense was soon recognized and she was put to work in the Paint Lab, known as the legendary “Rainbow Room.” Specializing in Mix & Match, Ginni’s talents and artistry contributed to many of the early Disney animated films of the post-war era and the resurgence of animation in the early 1950s.

When Walt Disney was developing the characters for his animated version of Peter Pan (1953), Ginni was asked by legendary animator Marc Davis to serve as the original model for the tiny pixie, Tinker Bell. Ginni’s genuine twinkle and signature blonde hairstyle (usually tied in a bun with side-swept bangs), proved to be the inspiration for the final form of tiny Tink.

Following an earlier marriage and divorce, Ginni met Brice Mack, a background painter and story artist, who also worked for Disney Studios. This fun-loving couple became an integral part of the Disney culture and were well known and loved by everyone, including Walt Disney, himself. Married in 1958, Ginni and Brice enjoyed a loving 40 year marriage until Brice’s passing in 2008.

After leaving Disney late in 1952, Ginni worked for other animation studios, including ERA Productions, an animation production company her husband Brice started.

In 1959, Ginni and Brice’s son, Kevin, was born and she dedicated herself to raising him. When Kevin left for college in 1977, Ginni was sought-out as part of a select group of talented Ink & Paint artists to return to Disney Studios to save animation with the production of Pete’s Dragon (1977). As Paint Supervisor, Ginni oversaw the color and artistry of many later animated films during her second tenure at Disney, and was involved with the early development and testing of CAPS, Disney’s Computer Animation Production System for digital Ink & Paint, before her retirement in 1991.

In 2012, Disney historians Mindy Johnson, Joe Campana and Didier Ghez confirmed Ginni as the original model for Tinker Bell, who was featured in early studio publicity photos, but unidentified for over 60 years. Ginni was officially “revealed” as the model for Tinker Bell by Johnson at Disney’s Destination D event at Disneyland in 2012, and was subsequently featured in Johnson’s book, Tinker Bell – An Evolution, about the history of the legendary character. This led to on-camera interviews for the Disney Animation Oral History program, the Studio Archives and autograph signings as well as panel discussions at a wide range of Disney events. In recent years, Ginni did further appearances and panel discussions illuminating the history of the Ink & Paint Department and is strongly featured in Johnson’s latest book, Ink & Paint – The Women of Walt Disney’s Animation.

Ginni had a profound impact on a great many people and is fondly remembered, not only for her pioneering work in animation and as the original model for Tinker Bell, but as an extremely bright, creative, kind and beautiful lady who loved to laugh, and make others laugh with her quick wit, amazing stories, and wonderful sense of humor. 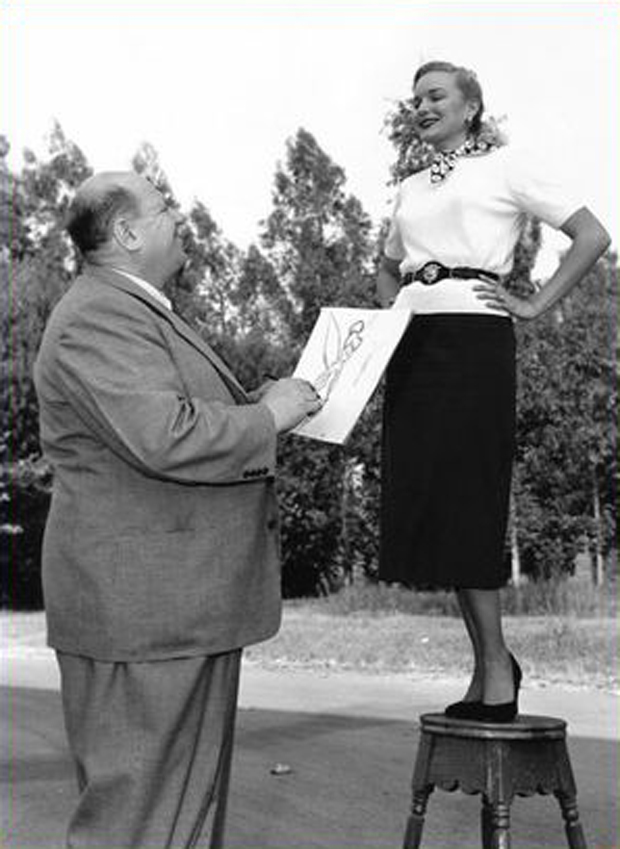 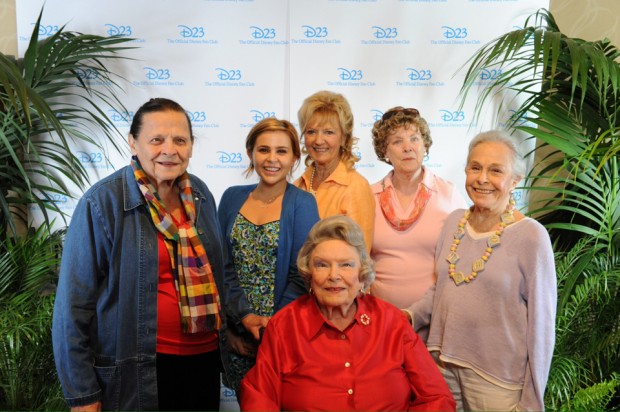