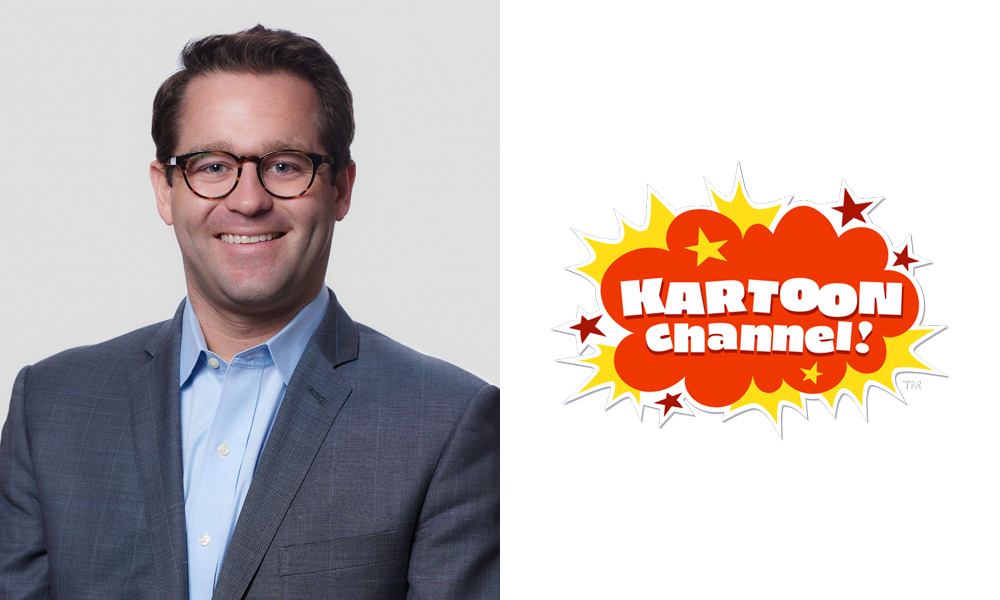 Genius Brands, a global brand management company that creates and licenses multimedia entertainment content for children, today announced the promotion of Jon Ollwerther to President of Kartoon Channel! Ollwerther previously served as General Manager of Kartoon Channel!, and will continue in his role as Executive Vice President of Business Development for Genius Brands.

Andy Heyward, Chairman & CEO of Genius Brands, stated, “I am pleased to announce the well-deserved promotion of Jon, in recognition of his significant contributions to the rapid growth and success of our hit kid’s streaming platform, Kartoon Channel!”

Ollwerther added, “Viewer rankings have put Kartoon Channel! above all other services, including Netflix, Disney+ and YouTube Kids, in both the Apple and the Google app stores. In addition, I am extremely proud to announce that Stan Lee’s Superhero Kindergarten has just surpassed 21 million views on Kartoon Channel!, over 3.6 million per episode, since the initial launch just over one month ago with six episodes now released. We believe Superhero Kindergarten has risen to the ranks of one of the most highly viewed new cartoon launches in history, as we are building an evergreen production that will entertain generations of children, while attracting both advertisers and consumer product licensees.

“In addition to the recently launched hit, Stan Lee’s Superhero Kindergarten, starring Arnold Schwarzenegger, we will be rolling out KC Pop Quiz! next quarter. It is a lightning fast-paced daily game show based on pop culture where kids win cool prizes. Think Jeopardy meets HQ Trivia! Shortly thereafter, we will introduce our third original product, Shaquille O’Neal’s first animated series, Shaq’s Garage, created by Joel Cohen, the co-writer and creator of Toy Story. Additionally, we will now be launching Season 3 of our hit series Rainbow Rangers with an exciting new twist.

“I am honored to take on this new role with Genius Brands, as I truly believe we are curating the very best combination of original, exclusive, and commercially acquired product within the kids’ entertainment industry,” Ollwerther continued. “Key to our strategy is delivery of premium content that we believe will resonate with our audience — children. We could not have accomplished this successful launch without the leadership and support of our executive Chair, Margaret Loesch, and the handpicked Kartoon Channel! team. We are excited about what is coming down the pipeline and we remain more encouraged than ever as we execute on our goal of building the premier kids streaming platform.”

Prior to joining Genius Brands, Ollwerther served as Vice President of Media, Arts & Entertainment for Measure, the nation’s leading Drone as a Service company. Working with clients across the country and around the world, Ollwerther has an extensive credit list of collaborations with brands and advertising agencies to create unforgettable experiences.