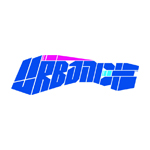 One of the coolest projects to come out of the recent Cartoon Forum in Toulouse was Urbance, a futuristic animated series for adults about a world in which sex is banned because it spreads a fatal disease.

The modern, hip-hop influenced series is a co-production between France-basaed Denis Friedman Productions and Montreal-based Steambot. The project is exploring all the possibilities in search of financing, and the resulting work — seen in the project’s trailer below — is getting a lot of attention.

Friedman caught up with Animag shortly after the show to give us the full run-down on Urbance.

Animation Magazine: Can you tell us about Urbance, your new project?

Denis Friedman: Urbance is an animated action TV series for a 16-plus audience, set up in a post-modern world where sex is totally forbidden because of a deadly virus that infected the whole population. In this world, where men and women are segregated, two characters, Kenzell and Lesya, will fall in love … and that forbidden love will have unexpected consequences.

Animag: You have announced at the Cartoon Forum in Toulouse some very interesting news about the project.

Friedman: Yes, it was a very good event for us. On one hand, we have launched our Kickstarter campaign on Sept. 22 and we have raised more than $70,000 in one week, and on the other hand we have announced that a new fund dedicated to animated TV series and transmedia projects is being launched in Europe and that Urbance will be the first project to benefit from that fund.

Animag: Can you tell us a little bit more about that?

Friedman: Cine Regio is the association of all the big European Regional Film funds, with 43 funds all across Europe. So far, all these regional funds were investing separately in local productions. They have announced on Sept. 26 that they are creating a specific fund called Animarco-Regio to invest in one to three projects per year dedicated to animated TV series and transmedia projects.

Animag: I guess this will be a major help to finance the project?

Friedman: More than that, Urbance is a program targeting a mature audience and, therefore, very difficult to finance in Europe as the number of channels broadcasting adult animation is very limited. We also want to produce a very high-quality show, which is quite expensive. This is why we have decided to follow a very different route in terms of financing for this project: a combination of crowd funding, institutional investors, tax credits and some smaller amounts from the broadcasters. The interest of Cine Regio is proof that this financing strategy can be achieved.

Animag: I understand that Cine Regio will not be the only fund investing in Urbance.

Friedman: You are right. This was the other great news that we received last week: As Urbance is a co-production between Denis Friedman Productions in France and Steambot in Canada, the Canada Media Funds have announced that they will match the amount raised by Cine Regio.

Animag: So you are totally financed?

Friedman: No, this is a huge step but I estimate this will cover about 45 percent of the total budget of the project. The rest will have to come from other sources.

Animag: Does it mean that you do not need anymore the money from the Kickstarter campaign?

Friedman: No, on the contrary, we need it more than ever! First of all, most of the funding from the institutions will only come once we complete the financing of the project, and more than that, all the financiers expect — as we do — the campaign to be successful, as it will show that there is a real interest from the internet community in the Urbance project. And above all, the fact that we raise that money on our own will guarantee our creative independence. With the funds from the campaign, we will produce a pilot and show it to our partners as the reference of what the property will look like.

Animag: That sounds pretty clear. There seems to be a lot of buzz on the net on the project and you find a lot of discussion about the way you address sexuality as well as race. Can you tell us more about that?

Friedman: It is natural to find this kind of questions as Urbance is clearly addressing those issues, but we did not want to make a show on sexual preferences, we wanted to imagine what would become to our world if sex was totally prohibited because it is deadly. Our real subject is love, not sex, and in Urbance, you will find all kind of love … and actually very little sex, as we want most of our characters to stay alive. Regarding the color issue, our characters are not specifically black, white or Asian; they are a mix of all that. In the futuristic world we are depicting, human beings are all born in labs and they all have mixed origins. But I would advise people to wait for the first episodes to judge the content of the show. Once the scripts will be out, I am convinced that this will clear things up. 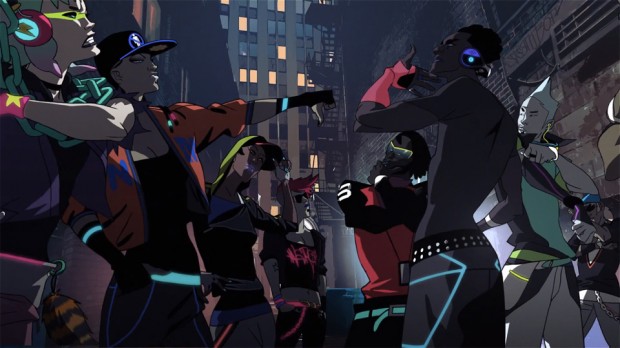