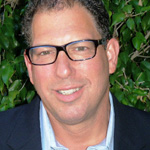 Tricon Films & Television is continuing the growth trajectory of its Kids & Family division with the appointment of Frank Saperstein as Executive Vice President – Kids, Family & Animation. In this new position, the toon town veteran will oversee all aspects of production and programming in the kids & family business, leveraging the company’s development and production capabilities while expanding strategic partnerships. He will work closely with previous interim head of the division Jon Rutherford, who will continue to oversee Tricon’s international distribution and business development across all genres; and Ashley Rite, who will remain head of kids development and continue to work on pre-sales and acquisitions. Saperstein is based at the company’s LA office, reporting to Tricon President Andrea Gorfolova.

Saperstein is an Annecy Award-winning and Primetime Emmy-nominated EP, writer and director who most recently served as CEO/EP for his boutique development and production studio Surprise Bag, Inc. Prior to this he served as SVP of family television for Entertainment One, SVP of kids and animation for Blueprint Entertainment, co-CEO/creative director of Philippine Animation Studio, Inc. and as a development executive with VH1/MTV Networks. His credits include Pee-wee’s Playhouse and Ren & Stimpy.