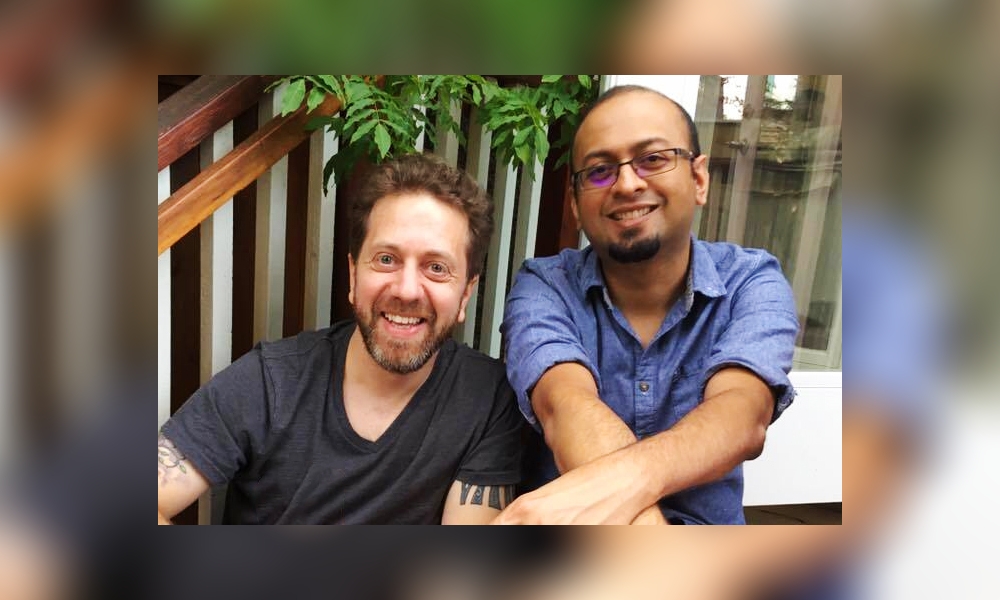 Steamroller Studios has hired animation veteran Aaron Gilman to serve as their new Chief Creative Officer, joining the Steamroller Team in April 2021. His appointment builds on the studio’s hard work establishing itself as an animation player over the last six years, and will bolster Steamroller’s ventures into uncharted territories — such as the recently announced feature co-pro Master, exec produced by Peter Ramsey.

“We couldn’t be more excited to welcome Aaron Gilman to our team as Chief Creative Officer of Steamroller Studios,” Sadool shared. “Aaron is a giant in the VFX and animation industry and has been both a friend of mine and of the Steamroller family for over a decade. His myriad achievements and vast experience will not only strengthen our foundation as leaders in animation, but also allow our company to reach even greater heights. Aaron’s philosophy and drive are exactly what this industry needs to propel it into the future. We are beyond thrilled that Aaron chose Steamroller Studios to flex his skills and demonstrate his expertise and leadership.”

Gilman began his prolific career as an animator for Meteor Studio in July 2001, quickly working his way up to lead animator, then senior animator, then animation supervisor. During that time, he worked on projects, including Dinosaur Planet and The Hobbit video game. He then went on to serve as a senior animator for Tippett Studio, contributing to projects such as The Matrix Revolutions, Constantine and Hellboy. In July 2004, he became Animation Director for Ubisoft Montreal, and then for EA Montreal. He moved to Double Negative to serve as an animation supervisor in April 2016, again rising to animation director on Pacific Rim 2: Uprising, Disney’s Togo and Ghostbusters, and on to his most recent role as Head of Animation at DNEG Vancouver.

“Steamroller has an amazingly talented team of artists, and they understand that the strength of a successful studio rests on the relationships they foster with their teammates and clients,” Gilman observed. “What I love about Steamroller is that they prioritize many of the values I think companies tend to lose sight of as they grow. They understand that great ideas, agility and innovation are the principal currencies of the animation and VFX industries. I am so excited to be part of a company that believes in developing talent, training great leaders, and investing in creative and technological ventures that make them a fresh and highly competitive studio. I can’t wait to join a team that puts relationships with their artists and clients first, and understands that great storytelling is an extension of the strength of those relationships.”