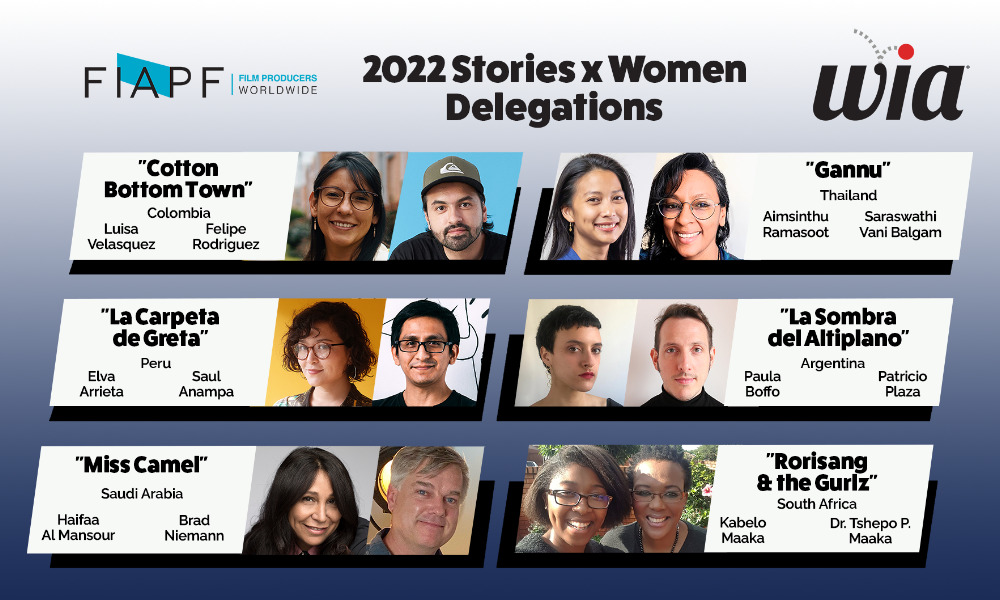 Stories x Women’s concrete goal is to support access to international opportunities for women animators from emerging national film and audio-visual animation communities of Africa, Asia-Pacific and Latin America who want to tell their authentic stories.

“As the global voice for producers worldwide, FIAPF promotes all forms of film genres, including animation and its universal language,” said Luis Alberto Scalella, President of FIAPF. “With Stories x Women, we want to support the work of women animators from regions that are less visible in the international market. FIAPF has been working on diversity and gender equality for more than a decade, launching Stories x Women is an extra step in our collective action. We are extremely happy to run this initiative with Women in Animation and to benefit from the support of Walt Disney Studios and Triggerfish Animation, one of the pioneers in animation in Africa.”

These talented creatives, chosen from a competitive pool of candidates, will benefit from a series of mentoring sessions led by internationally acclaimed animation experts, as well as 1:1 coaching sessions that will prepare them to pitch their projects at the upcoming 2022 Annecy International Animation Film Festival and Market.

“For more than 25 years, WIA has been on the frontline of gender equity in animation, fighting for the empowerment of talented yet underrepresented artists and creatives in the industry and advocating for a more just and equitable system for our global field,” said Marge Dean, WIA President. “Stories x Women gives these deserving creators the support they need to bring their stories to life. We’re thrilled to be part of such a wonderful initiative that champions our mission of bringing together the global animation community to empower and advocate for people of underrepresented gender identities in all facets of the industry.”

The selected delegations are (listed in alphabetical order by country):

Fully committed to supporting women creators, this first call of Stories x Women was open to up to two team members, which had to include at least one woman leading the project (i.e. producer, director or screenwriter).

“Having had the good fortune to work with voices around the world on both Moana and Raya and the Last Dragon, I’m thrilled beyond words to be part of this fantastic initiative to support, mentor and invite this international group of talented female filmmakers to Annecy, the world’s foremost animation festival, helping them gain access to the resources and connections necessary to bring their unique creations to the screen, and inspire the next generation of women in animation,” said Disney Animation producer Osnat Shurer.

Women in Animation‘s mission is to bring together a global community of animation professionals to empower and support people of underrepresented gender identities in the art, science and business of animation by increasing access to resources, creating opportunities for education, encouraging strong connections between individuals, and inspiring excellence. (womeninanimation.org)