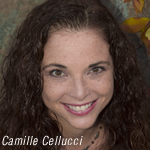 Cellucci produced effects for such recent films as The Green Hornet and was nominated for a VES Award for Salt. Kerner, previously known as ILM’s model shop, specializes in realistic physical effects for film, television and commercial productions.

“Kerner feels like coming home,” says Cellucci. “My visual effects career began at ILM, and the model shop was one of my favorite departments. To work with such an incredible team of talented artists is a great honor. With my recent experience in 3D, I’m excited about Kerner’s new, state-of-the-art 3D camera rigs. I look forward to building on Kerner’s rich past and fostering new and creative partnerships throughout the film industry.”

She also worked on such high profile films as Titanic, was motion capture producer The Matrix Reloaded and The Matrix Revolutions, and played a key role in setting up Sony Pictures Imageworks.

Cellucci also has directed two short films that went on to earn multiple awards and has served as a VES board member and member of the PGA and DGA.