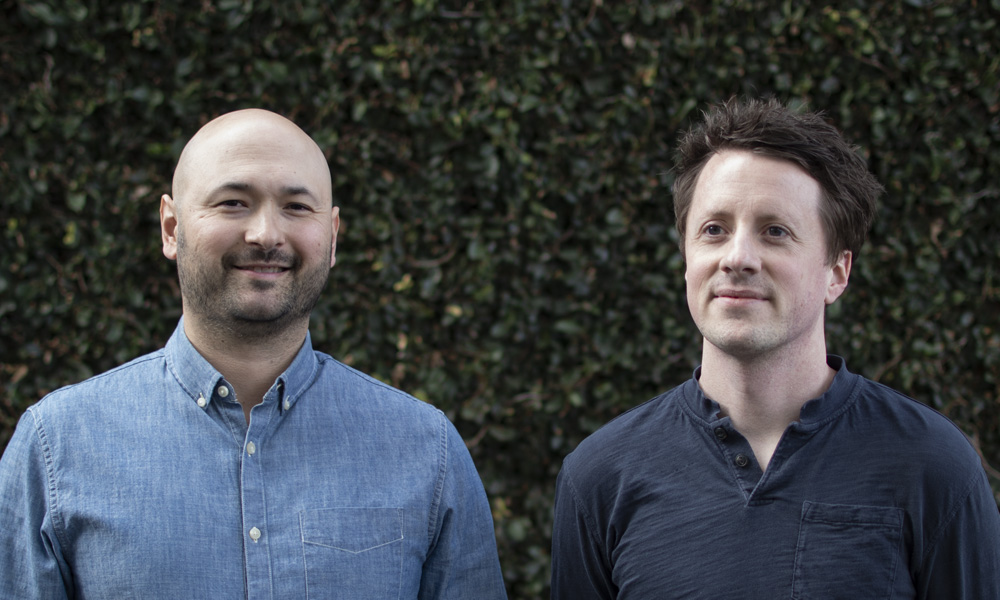 Longtime creative partners Elliot Lim and Aaron Kemnitzer have joined forces once again to launch Bullpen, a bi-coastal design and animation studio dedicated to providing a more hands-on, narrative-driven approach. The studio is dually based in New York and Silicon Valley.

Lim and Kemnitzer open this new venture with over 25 years of combined experience in the motion design industry. After first meeting at acclaimed design shop Digital Kitchen, the two became fast friends. They have collaborated off and on ever since, and have worked with top post-production and animation studios including Buck, PSYOP, Gentlemen Scholar, Hornet and Not to Scale, leading to a string of creative successes, such as Lim’s animated homage to HBO drama The Wire.

With Bullpen, the team is now looking to create a new kind of studio defined by its leaner model and hands-on approach – flexible, agile and adaptable to clients’ shifting needs.

“Working in the industry, we have learned a lot about the dos and don’ts of servicing projects and clients. That’s why for everything we take on, the client is always assured that both principals of the company, Elliot and I, are fully dedicated to the project,” said Kemnitzer. “This is unlike other studios where you might be passed to freelancers or less experienced creatives within the company. Also, our lower overhead allows us to be competitive while still remaining nimble enough to expand for bigger projects.”

This approach has already attracted a strong slate of clients, including HP, Amazon and Charles Schwab.

The studio’s other hallmark is its creative range, earned over a long career working with a wide variety of clients. To showcase this strength, Bullpen has released several new projects and animations created especially for the launch. Consisting of a mix of illustrative 2D and 3D short films — from an overweight bumble bee to a factory that produces the alphabet — each piece purposefully plays with different looks, tones and rhythms to show the breadth and impact of well-crafted design.

These shorts all culminate in a text-driven animated video in celebration of the concept of “style,” using a host of techniques to demonstrate how distinct visual elements play a vital role in conveying emotion, shifting expectations and telling a story. According to Lim, this film perfectly encapsulates what sets Bullpen apart:

“We’re capable of a lot of different styles. We’re flexible. When you look at these brand films, you can see that diversity of techniques and our love for using style to tell a good story.”

“Creatively we always try to focus on the story, trying to understand the clients and viewer to tell a story that resonates,” noted Kemnitzer. “When you look at our work, there’s a unique level of relatable charm to each illustration and character that we create. Our ability to add that personality is what drives everything we do at Bullpen.”

Bumble from Bullpen on Vimeo.