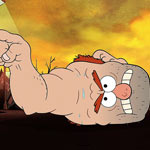 The damnatio memoriae of comedian Louis C.K. continues, following his public admission to sexual misconduct spurred by a New York Times reveal of five accusers. Having already lost his TBS toon, repercussions are rippling along in the animation biz with the news that his character on Disney XD’s popular Gravity Falls will be re-dubbed, according to Hollywood Reporter.

“The role was rerecorded approximately one month ago and new versions of three episodes are now on the Disney XD schedule around the world,” a Disney Channel spokesperson told EW. “Series creator and executive producer Alex Hirsch is now credited as playing the character.”

The character, “The Horrifying Sweaty One-Armed Monstrosity,” first appears in the season two episode “Weirdmageddon: Part 1.” Composed of a disembodied, ginger-haired, stubbly man’s head with a giant arm growing out of the crown, the creature mostly crawls around and tries to convince people to climb into his mouth. THSOAM gets sucked back into the Nightmare Realm in “Weirdmageddon 3: Take Back the Falls.”

(Hmm…wonder what about C.K. made him seem like a good fit for a repulsive beast that tries to coerce people into doing things they don’t want to do…)

C.K.’s other animation roles include Max in The Secret Life of Pets (Universal-Illumination dropped him from the sequel, out June 7, 2019), the estranged dad in Brendon Small and Loren Bouchard’s Home Movies, and himself in several episodes of Dr. Katz, Professional Therapist. 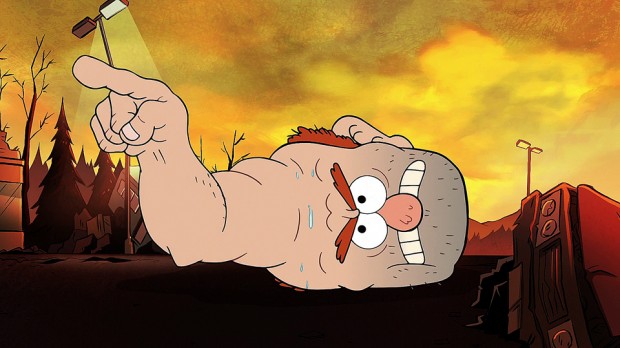