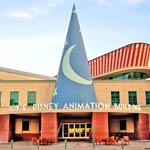 The staff of Burbank-based Disney Animation Studios is set to gather Thursday to discuss workplace concerns in what the company dubs a “Day of Listening” attended by human resources professionals. Described as “unprecedented” for the toon shop, the assembly is scheduled as sources tied to Disney and Pixar Animation speculate that mutual creative head John Lasseter won’t be returning from his leave of absence, according to The Hollywood Reporter.

Lasseter, age 61, stepped away from the office back in November as accusations of inapporpriate behavior began to leak out of the studio. Lasseter, who has served as joint Chief Creative Officer of Disney and Pixar since the 2006 acquisition, issued a memo at the time directed at anyone he had made feel “disrespected or uncomfortable”: “I especially want to apologize to anyone who has ever been on the receiving end of an unwanted hug or any other gesture they felt crossed the line in any way, shape, or form,” he wrote.

Per one unnamed source quoted by THR last fall, the chief was known for “grabbing, kissing [and] making comments about physical attributes.” A similar airing of opinions as this week’s took place at Pixar a few years ago, uncovering general complaints about Lasseter’s leadership. Speculation among Disney employees says this Day of Listening is meant as a testing ground to see if Lasseter would be welcomed back as leader.

If not, it is unclear whether the double stewardship will be taken on by a sole leader, or whether the empire will be split. Pixar employees seem to think Inside Out helmer and braintrust member Pete Docter is a likely choice, while Disney buzz is that Frozen writer-director Jennifer Lee will form a triumvirate with Zootopia co-directors Rich Moore and Byron Howard.