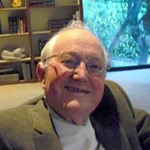 Animator, sculptor and Disney Legend Blaine Gibson, one-time head of the sculpture department at the precursor to Walt Disney Imagineering, died July 5. He was 97.

Born in Rocky Ford, Colo., Gibson was hired at Walt Disney Studios in 1939, starting as an in-betweener and working up to assistant animator. His credits include such Disney animated classics as Fantasia, Bambi, Peter Pan and 101 Dalmatians.

Gibson took sculpture classes on the side at Pasadena City College. When Walt Disney saw Gibson’s work, he assigned the artist to the Disneyland project. Gibson eventually became head of sculpture for WED Enterprises, which preceded Walt Disney Imagineering.

In that role, Gibson sculpted a figure of Abraham Lincoln for the 1964 New York World’s Fair, which ended up as the centerpiece for Disneyland’s Great Moments with Mr. Lincoln attraction. He also worked on animatronic pirates for the Pirates of the Caribbean ride, the Haunted Mansion attraction and the Enchanted Tiki Room.

Gibson retired in 1983, but continued to work for Disney and sculpted each U.S. president up through George W. Bush for the Hall of Presidenst.

He also sculpted the iconic “Partners” statue of Walt Disney and Mickey Mouse that was installed at Disneyland in 1993.

Gibson lived in Montecito, Calif., and is survived by his son, Wes, who lives in Santa Barbara with his wife and son. Gibson was preceded in death by his wife, Coral. 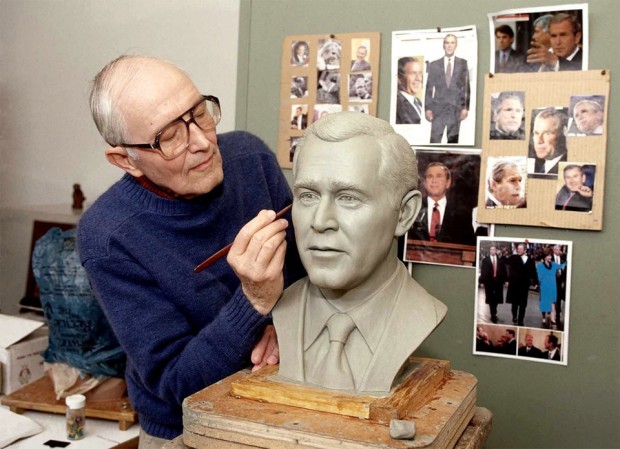