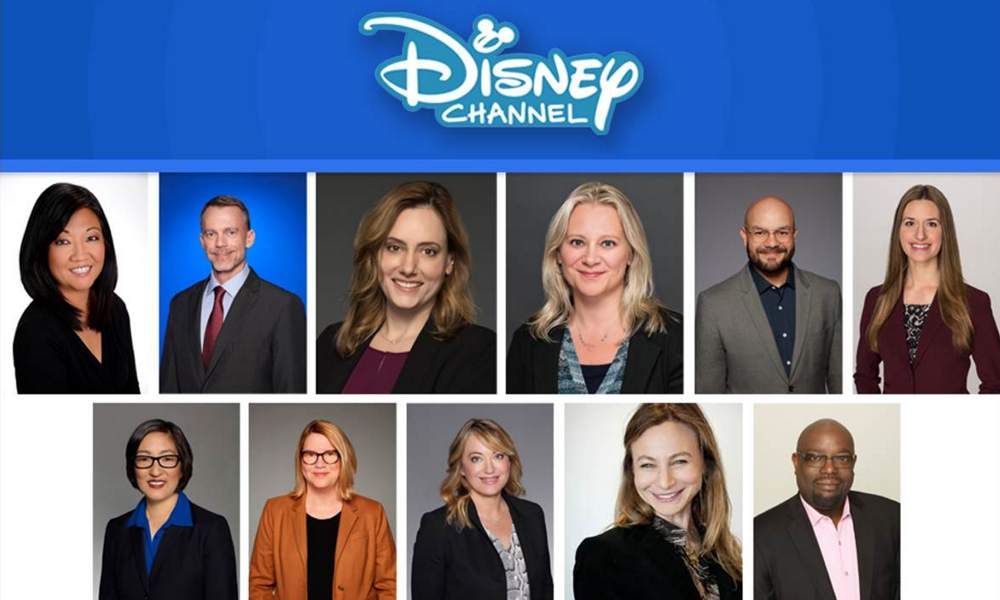 To lead its live-action and animated storytelling for kids and families into another phase of growth, Disney Channel has made several executive and staff member promotions across its business. Each promotion recognizes and invests in key talent, strong leadership and ongoing contribution to the group’s success.

In the past 18 months, Disney Channel increased its annual content development to 450-500 new live-action and animated episodes and several original movies for Disney Channel and Disney Junior, plus more series and movies exclusively for Disney+.

“The strengths and capabilities of our team differentiate us from the competition; with these promotions, we acknowledge many of those who have contributed significantly to our success,” said Marsh. “They are driven by a passion for the optimistic Disney brand, and they prioritize what is truly important in telling great stories for preschoolers, kids, tweens and families. They also have innovative ideas and the confidence, passion and wisdom to thrive in a creative environment, particularly during this most exciting time in the television business.”

Morgan Di Stefano, vice president, Communications – Di Stefano oversees publicity for a growing slate of live-action series and movies for Disney Channel, and the live-action series and movies the group produces for Disney+. She also leads publicity for Radio Disney. She joined Disney in 2018 as executive director, Communications.

Sarah Finn, vice president, Production – Finn oversees the production of all Disney Junior’s original animated television series and shorts and will now expand her portfolio with the recent additions to the Disney Junior slate. She has over 20 years of animation experience, joined Disney in 2013, and was most recently an executive director of Production.

Rafael Garcia, vice president, Development – Garcia is responsible for developing live-action series, with an emphasis on finding emerging content creators, for both Disney Channels and Disney+. He joined Disney in 2012 and, most recently, was executive director, Original Series.

Emily Hart, senior vice president, Development – Hart is now responsible for oversight of the Creative & Artistic Development team at Disney Television Animation. This role is accountable for the development pipeline for all animated content developed at TVA for various platforms, including Disney Channels and Disney+. She originally joined Disney in 2003 and was most recently vice president, Original Programming.

Diane Ikemiyashiro, vice president, Current Series – an executive director for Disney Junior since 2014, Ikemiyashiro’s responsibilities have expanded to include creative supervision of current series, short-form series, and production for preschoolers and their parents/caregivers.

Claire McCabe, vice president, Alternative Programming – since joining Disney in 2015, McCabe has been responsible for the growing development and production of alternative series and specials, including live events and non-scripted programming.

Jermaine Turner, vice president, Development – Turner’s role has expanded to include the development of new animated content to support the increased volume demanded by the linear channels and Disney +. He has over 20 years of service at Disney and was most recently an executive director at Disney TV Animation.